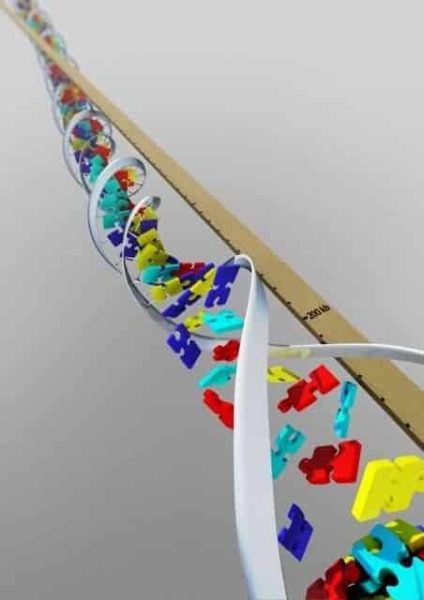 Problems with a key group of enzymes called topoisomerases can have profound effects on the genetic machinery behind brain development and potentially lead to autism spectrum disorder (ASD), according to research announced today in the journal Nature. Scientists at the University of North Carolina School of Medicine have described a finding that represents a significant advance in the hunt for environmental factors behind autism and lends new insights into the disorder’s genetic causes.

“Our study shows the magnitude of what can happen if topoisomerases are impaired,” said senior study author Mark Zylka, PhD, associate professor in the Neuroscience Center and the Department of Cell Biology and Physiology at UNC. “Inhibiting these enzymes has the potential to profoundly affect neurodevelopment — perhaps even more so than having a mutation in any one of the genes that have been linked to autism.”

The study could have important implications for ASD detection and prevention.

“This could point to an environmental component to autism,” said Zylka. “A temporary exposure to a topoisomerase inhibitor in utero has the potential to have a long-lasting effect on the brain, by affecting critical periods of brain development. ”

This study could also explain why some people with mutations in topoisomerases develop autism and other neurodevelopmental disorders.

Topiosomerases are enzymes found in all human cells. Their main function is to untangle DNA when it becomes overwound, a common occurrence that can interfere with key biological processes.

Most of the known topoisomerase-inhibiting chemicals are used as chemotherapy drugs. Zylka said his team is searching for other compounds that have similar effects in nerve cells. “If there are additional compounds like this in the environment, then it becomes important to identify them,” said Zylka. “That’s really motivating us to move quickly to identify other drugs or environmental compounds that have similar effects — so that pregnant women can avoid being exposed to these compounds.”

Zylka and his colleagues stumbled upon the discovery quite by accident while studying topotecan, a topoisomerase-inhibiting drug that is used in chemotherapy. Investigating the drug’s effects in mouse and human-derived nerve cells, they noticed that the drug tended to interfere with the proper functioning of genes that were exceptionally long — composed of many DNA base pairs. The group then made the serendipitous connection that many autism-linked genes are extremely long.

“That’s when we had the ‘Eureka moment,'” said Zylka. “We realized that a lot of the genes that were suppressed were incredibly long autism genes.”

Of the more than 300 genes that are linked to autism, nearly 50 were suppressed by topotecan. Suppressing that many genes across the board — even to a small extent — means a person who is exposed to a topoisomerase inhibitor during brain development could experience neurological effects equivalent to those seen in a person who gets ASD because of a single faulty gene.

The study’s findings could also help lead to a unified theory of how autism-linked genes work. About 20 percent of such genes are connected to synapses — the connections between brain cells. Another 20 percent are related to gene transcription — the process of translating genetic information into biological functions. Zylka said this study bridges those two groups, because it shows that having problems transcribing long synapse genes could impair a person’s ability to construct synapses.

“Our discovery has the potential to unite these two classes of genes — synaptic genes and transcriptional regulators,” said Zylka. “It could ultimately explain the biological mechanisms behind a large number of autism cases.”