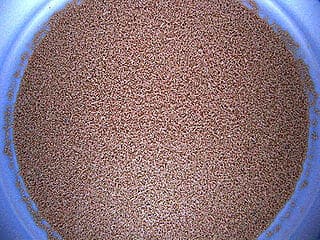 A significant portion of the petroleum consumed by the transport sector must be replaced in the long term by renewable energy.

Therefore, it is of the utmost economic and ecological importance to optimise the production of biofuels from renewable raw materials. Researchers from VIB who are associated with KU Leuven have developed yeast strains that produce bio-ethanol from waste with an unprecedented efficiency. As a result, they are well placed to become important players on a global scale in this burgeoning industry.

Johan Thevelein (VIB/KU Leuven): “Our new yeast strains come at a good moment because the entire industry of second-generation biofuels has now clearly come quite a bit closer to becoming economically viable. We are working at full capacity to further improve our yeast strains in order to continue to increase the efficiency of the fermentations, and in this way we hope to further strengthen our leadership position in this burgeoning industrial sector.”

Energy consumption of the transport sector

The production of bio-ethanol from waste streams, post-harvest waste (e.g., straw, wheat bran, empty corn husks or corn stalks) and wood (waste) is generally considered to be one of the most sustainable and climate-friendly technologies for producing fuels for the transport sector (road and air traffic). This sector is responsible for more than 10% of the energy consumed in Flanders. In 2011, the portion of energy that was renewable was only 4%, with bio-diesel as the predominant source (86%), followed by bio-ethanol (12%) and then green electricity (2%). In the future, the portion of renewable energy should increase even further to reach the minimum targeted level of 10% renewable energy by 2020.

Degrading all of the sugars in waste

Yeasts are used in the production of bio-ethanol from waste streams. Until recently, there were a number of important obstacles to making efficient bio-ethanol production attainable. One of these was the fact that no one single strain of yeast was capable of converting all of the sugars in the biomass into ethanol. The pentose sugars, in particular, posed a big problem. In recent years, a great deal of progress has been made with genetically modified yeast strains that are also able to ferment pentose sugars, but these laboratory strains did not prove to be entirely suitable for industrial fermentation processes.

Mekonnen Demeke and Johan Thevelein (VIB/KU Leuven) have now cleared this obstacle out of the way. They did this by changing the DNA of the best industrial strains of yeast used for bio-ethanol production in such a way that the modified yeast strains were also able to very easily ferment pentose sugars while at the same time becoming even more robust than they were. Their new yeast strains have also proved to efficiently and quickly ferment various types of biomass into bio-ethanol in real conditions, outside of the lab. The interest in this new strain from the industry itself is great, because the efficiency with which these yeast strains make bio-ethanol from waste is unprecedented.