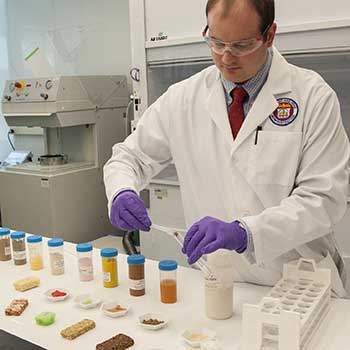 The Food and Drug Administration (FDA) has taken a major step towards learning whether levels of arsenic in rice and rice products pose a risk to public health.

The agency has collected a total of more than 1,300 samples of rice and rice products and has tested them for both total arsenic and inorganic arsenic, the more toxic form. FDA scientists have determined that the levels of inorganic arsenic found in the samples are too low to cause immediate health damage.

But what about the long-term impact? After all, rice is a food that people eat over the course of a lifetime.

The next step for FDA will be to conduct a comprehensive risk assessment, explains Suzanne C. Fitzpatrick, Ph.D., the senior advisor for toxicology in FDA’s Center for Food Safety and Applied Nutrition (CFSAN). This analysis of the health risk associated with eating rice and rice products will be the foundation of future FDA actions.

“These are the next steps. To look at exposure levels, to analyze the risk, and determine how to minimize that risk for the overall safety of consumers, including vulnerable groups like children and pregnant women,” says Fitzpatrick.

“We must take one step at a time and stay true to our methodological approach,” says Michael R. Taylor, J.D., deputy commissioner for foods and veterinary medicine. “We can’t get ahead of the science.”

“One of the things we need to emphasize is that arsenic is a naturally occurring contaminant, and because it’s in soil and water, it’s going to get into food,” says Fitzpatrick. “It’s not something that we can just pull off the market.”

Arsenic is a chemical element distributed in the Earth’s crust. Human activities such as fuel burning, mining and the use of arsenic compounds in pesticides have also added arsenic to the environment. But Fitzpatrick says that even if you stripped all human contributions, there would still be arsenic in food.

And rice is particularly vulnerable. “Rice is grown in water and takes in arsenic. You’re going to see greater levels in rice than in other foods,” she says.

FDA has been monitoring arsenic levels in foods for more than 20 years, but Fitzpatrick says there have been advances in testing that allow FDA to get much more detailed information.

The Story So Far

FDA consumer safety officers collected samples from retail outlets across the country. In addition to rice itself, these samples cover most types of rice-based foods in the American diet, including cereals, cakes, beverages, snack bars and infant and toddler foods.

These samples were then analyzed in FDA labs, in addition to some labs contracted by the agency to do this work. Fitzpatrick says the laboratory workers were required to undergo training in new chemical testing called “speciation.” This testing enables the labs to look beyond just organic vs. inorganic to all the different species of arsenic present in the samples.

“It’s a very complicated process and it involves a lot of people,” Fitzpatrick says. “We’re working very hard to get the best possible scientific answers.”

Meanwhile, FDA was studying arsenic in other ways. Researchers examined studies of populations exposed to high levels of arsenic in such countries as Chile, Taiwan and Bangladesh. They looked at rates of cancer and diseases such as diabetes and cardiovascular illnesses.

The researchers had to consider how the data about these highly exposed cultures would apply to American consumers.

Next is the risk assessment. All of this information will now be considered by FDA risk managers, Fitzpatrick says. These experts will look at the hazards that arsenic presents in rice products and the degrees to which people are exposed.

The risk assessment teams will also consider if certain segments of the population are more vulnerable because of their lifestyle (such as ethnic groups that eat a lot of rice) or life stage (pregnant women and children).

They will then assess the public health risk from arsenic in rice.

The risk assessment will take a number of months to complete. After an expert review, the assessment will be available for public comment. “This is an important issue for us,” say Fitzpatrick. “Consumers need the best information that we can get them.”

FDA is working with federal partners—including the U.S. Department of Agriculture, the Environmental Protection Agency, the National Institute of Environmental Health Sciences, and the Centers for Disease Control and Prevention—as well as with industry scientists, consumer groups and others to further study the issue of arsenic in rice and evaluate ways to reduce exposure, such as through changes in growing or manufacturing practices.

And FDA is conducting additional sampling to broaden its data on the levels of arsenic in all infant and toddler products.

This article appears on FDA’s Consumer Update page, which features the latest on all FDA-regulated products.