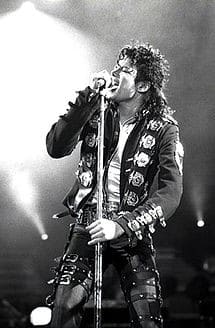 Researchers at Washington University School of Medicine in St. Louis and Imperial College London have identified the site where the widely used anesthetic drug propofol binds to receptors in the brain to sedate patients during surgery.

Until now, it hasn’t been clear how propofol connects with brain cells to induce anesthesia. The researchers believe the findings, reported online in the journal Nature Chemical Biology, eventually will lead to the development of more effective anesthetics with fewer side effects.

“For many years, the mechanisms by which anesthetics act have remained elusive,” explained co-principal investigator Alex S. Evers, MD, the Henry E. Mallinckrodt Professor and head of the Department of Anesthesiology at Washington University. “We knew that intravenous anesthetics, like propofol, act on an important receptor on brain cells called the GABAA receptor, but we didn’t really know exactly where they bound to that receptor.”

Propofol is a short-acting anesthetic often used in patients having surgery. It wears off quickly and is less likely to cause nausea than many other anesthetics. But the drug isn’t risk-free. Its potentially dangerous side effects include lowering blood pressure and interfering with breathing.

In an attempt to understand how propofol induces anesthesia during surgery, scientists have tried to identify its binding site within the gamma-aminobutyric acid type A (GABAA) receptor on brain cells. Activating these receptors — with propofol, for example — depresses a cell’s activity.

Researchers have altered the amino acids that make up the GABAA receptor in attempts to find propofol’s binding site, but Evers said those methods couldn’t identify the precise site with certainty.

“In previous work to directly identify anesthetic binding sites, GABAA receptors had to be extracted from membranes and purified prior to performing the binding studies,” he said. “Our method allowed us to study propofol binding to the intact receptor in its native membrane environment.”

Having developed the techniques to analyze the interactions between anesthetics and GABAA receptors in their native environment, Evers’ laboratory teamed up with a group at Imperial College that had been taking the same approach. Led by Nicholas P. Franks, PhD, professor of biophysics and anaesthetics, the group has spent years creating a photoanalogue of propofol that both behaves in precisely the same way as propofol and contains a labeling group that permanently attaches to its binding site on the GABAA receptor when exposed to a specific wavelength of light.

In creating the analogue of propofol, it’s as if the researchers put a tiny hook onto the molecule so that when it binds to the GABAA receptor, it grabs onto the receptor and won’t let go.

“Normally, an anesthetic drug binds to the GABAA receptor transiently,” Franks explained. “But for the purposes of this research, we wanted to create an analogue that behaved exactly like propofol except that we could activate this chemical hook to permanently bind the drug to the receptor. The next step was then to extract the receptor, cut it into pieces and identify the precise piece of the protein where the propofol analogue had attached to the receptor. This was the tricky step that the Evers group at Washington University had perfected.”

Evers and Franks believe this technique has implications beyond propofol and other anesthetics.

“Anesthetics have desirable effects — they induce anesthesia, for example — but they also have undesirable effects,” Evers said. “Propofol can lower blood pressure or interfere with breathing, for example. By understanding precisely what the binding sites look like on the proteins that induce those potential problems, we eventually hope to design and select for drugs that have the benefits we want without dangerous side effects.”

Using the techniques they have developed, Evers and Franks now plan to identify binding sites of other anesthetic agents. They believe their approach also can be used to study other types of drugs, such as psychiatric agents and anti-seizure drugs.