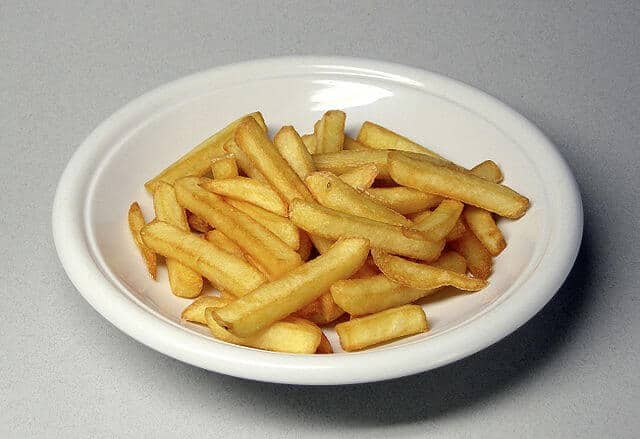 Researchers at UCLA’s Jonsson Comprehensive Cancer Center have found that mice made obese by high-calorie, high-fat diets develop abnormally high numbers of lesions known to be precursors to pancreas cancer.

This is the first study to show a direct causative link in an animal model between obesity and risk of this deadly cancer.

The study, published Sept. 30 in the journal Cancer Prevention Research, was led by Dr. Guido Eibl, a member of the Jonsson Cancer Center and a professor in the department of surgery at the David Geffen School of Medicine at UCLA.

Pancreatic ductal adenocarcinoma, or cancer of the pancreas, is one of the most deadly forms of cancer in humans. Overall five-year survival rates are approximately 3 to 5 percent, and the average survival period after diagnosis is just four to six months. It is a particularly aggressive disease, one that is often beyond the point of effective treatment by the time symptoms appear.

Since current treatments are limited in quantity and effectiveness, researchers are turning to prevention strategies to try to make headway against the disease before it reaches advanced stages.

Previous research in large populations has strongly supported a positive association between obesity and increased risk of pancreas cancer, but no studies had yet modeled human pancreas cancer in animals. The availability of genetically engineered model mice that have the same mutation found in human pancreas cancer patients — the KR mutation — has made the study of possible causes more feasible because changes in mouse metabolism caused by obesity are similar to those in humans.

Eibl and his colleagues set out to model diet-induced obesity and the development of pancreas cancer in a set of mice and then compare them to genetically identical mice that had not been given a high-fat, high-calorie diet. Obesity in these mice resembles human obesity in a number of important clinical features, including weight gain and the disturbance of metabolism. The mouse model was ideal for unraveling any underlying biological mechanisms of pancreas cancer put in motion by obesity, the researchers said.

The research team also set parameters to assess the impact of the high-fat, high-calorie diet on mouse pancreas tissue, such as increased inflammation and other biological signs that indicate pancreas problems. These indicators were measured and used to create an overall “pancreatitis score” to indicate the negative effects on the pancreas. The researchers then conducted pathology tests on mouse pancreas tissue to determine how many precursor lesions — known as pancreatic intraepithelial neoplasias — had developed.

The study showed that the mice fed a diet high in fats and calories gained significantly more weight, had abnormalities in their metabolism and increased insulin levels, and displayed marked pancreas tissue inflammation and development of pancreas intraepithelial neoplasias. These observations strongly suggest that such a diet leads to weight gain and metabolism disturbances, can cause pancreas inflammation, and promotes pancreas lesions that are precursors to cancer.

“The development of these lesions in mice is very similar to what happens in humans,” Eibl said. “These lesions take a long time to develop into cancer, so there is enough time for cancer-preventive strategies, such as changing to a lower-fat, lower-calorie diet, to have a positive effect.”