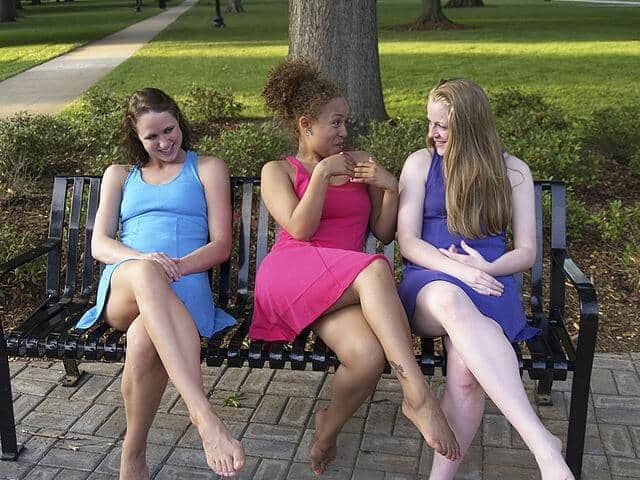 There is no such thing as objectivity when it comes to your friends: According to a new study, people evaluate their friends’ behavior more positively than do strangers, regardless of actual performance on a series of tasks. Researchers say that we should then think twice before allowing people who know each other to be in positions to judge each other – from job interviews to legal settings.

“In judging people we already know, we are more or less unable to ignore our previously established images of those people,” says Daniel Leising of Technische Universität Dresden. The new study, published today in Personality and Social Psychology Bulletin, examines how real people evaluate the behavior of themselves, their friends, and strangers. Psychologists know that people hold a number of biases when evaluating others, but most studies to date on this issue have used written descriptions of the behavior of hypothetical persons. “This is one of the few studies that investigated judgments of people’s actual behavior,” Leising says.

Leising and colleagues recruited pairs of friends for the study, asking them first to describe each others’ personalities and then several days later, videotaped them participating in standardized, challenging situations in the lab. The tasks ranged from answering general knowledge questions, such as “How high is Mount Everest?,” to a role-playing exercise in which participants had to call a “neighbor” (played by an actor) and demand that she turn down the volume on her stereo, to telling a joke of his or her own choice. The participants, their friends, and strangers then evaluated the videotapes, each about 90 seconds long.

“This way, we could compare different views on the exact same behaviors with one another,” Leising explains. “If different people watch the exact same videotapes but interpret them differently, then the different interpretations may not be rooted in what they just saw, but must be explained in terms of something else.”

The research team found that they could predict how participants would judge their friends’ behavior based on what they thought of them in advance, even before watching their videotaped behavior. “By statistically controlling for strangers’ ratings of the same behavior, we could show that there are two kinds of systematic bias in such behavior judgments,” Leising says.

First, we judge the behavior of people we know in ways that are consistent with our general attitude toward them, so we attribute positive qualities to the behavior of people we like. Also, we judge people we know to match our specific impressions of them: For example, if we think of someone as being generally talkative, we will judge that person to be more talkative in specific situations beyond what a stranger would see in the very same behavior.

“We really like to have our images of persons be consistent,” Leising says. “This is probably beneficial in terms of arriving at an overall image that is representative – for example, if the person’s behavior in a situation is very atypical, we could discount it as an exception and not let it influence our overall image of the person much,” Leising says. That representative image then allows us to predict people’s future behavior. Additionally, he says that the tendency to idealize our friends might serve as a “social glue” that increases social cohesion. “In our evolutionary past, that probably constituted a major advantage in terms of survival.”

But the flip side, Leising says, is that in specific situations, we are not able to objectively evaluate people we know, which could be problematic, say, in a classroom. “For example, a professor who considers his student to be highly intelligent will probably tend to overestimate that student’s performance in an oral exam,” he says. “As long as all students are treated that way, it will be OK. But the more likely case is that the professor will not have identical images of all of his students and judge them accordingly.” Conducting anonymous assessments is preferable when possible, as well as ensuring that performances are assessed by people who have no prior acquaintance with those they are judging.

While the new study asked participants to make their judgments using everyday terms and language, Leising would like to see future such studies examine more factual qualities of behavior – for example, in eyewitness testimony, asking which person was the first to physically attack the other person. He also would like to see future work explore more negative attributes. But recruiting people who know but do not like each other is a research challenge.

“We’re still working on ways to overcome that difficulty,” Leising say. “Including critical informants in future studies is important, because the social world we inhabit often comprises not only friends, but also foes. In my view, that aspect is yet insufficiently represented in present-day personality research.”