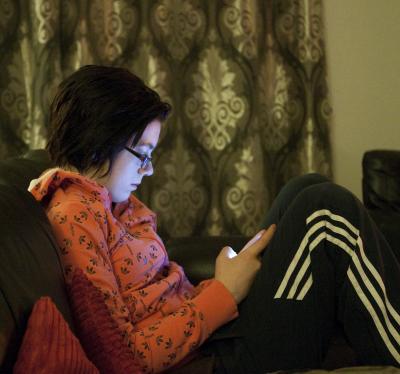 The world may be increasingly uncivil, and the workplace is no exception. With the rise of smartphones, you’ve probably even been a perpetrator of bad behavior yourself, checking text messages or taking a call during a meeting or business lunch.

But unlike rudeness among friends, discourteous behavior in the workplace can have real implications for careers, hiring and even workplace efficiency, with tension among coworkers harming productivity. A timely new study co-authored by Peter W. Cardon of the USC Marshall School of Business and colleagues at Howard University is the first to provide an empirical baseline for how attitudes towards mobile phone use actually break down across gender, age and region.

Published today in the journal Business Communication Quarterly, the research offers a critical baseline for how attitudes toward technology may change over time and serves as a guide to navigating social expectations around polite smartphone use.

“Hiring managers often cite courtesy as among the most important soft skills they notice. By focusing on civility, young people entering the workforce may be able to set themselves apart,” said Cardon, associate professor of clinical management communication at the USC Marshall School of Business Center for Management Communication.

With a national sample of more than 550 full-time working professionals, the study reveals what business professionals perceive as acceptable, courteous or rude use of mobile phones in the workplace. The researchers first identified the most common grievances people had about smartphone use among their colleagues, including browsing the Internet and checking text messages. They then asked working professionals earning at least $30,000 a year to identify which of these behaviors they considered acceptable – and which ones are flat-out rude.

“Not surprisingly, millennials and younger professionals were more likely to be accepting of smartphone use, but they might be doing themselves a disservice,” Cardon said. “In many situations, they rely on those older than them for their career advancement.”