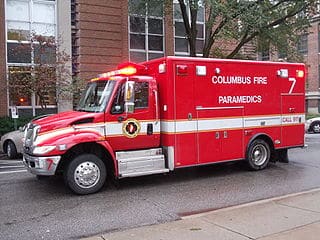 Emergency departments, which have suffered shortfalls in reimbursement for decades due to the high rate of uninsurance in the United States, may begin receiving “considerably more” reimbursement once the Affordable Care Act (also known as Obamacare) is fully implemented.

A study forecasting how emergency department reimbursements could improve will be published online tomorrow in Annals of Emergency Medicine (“Anticipated Changes in Reimbursements for U.S. Outpatient Emergency Department Encounters After Health Reform”).

“Assuming typical reimbursement patterns continue, emergency department reimbursement for outpatient visits to the ER may increase by 17 percent for uninsured people who go on Medicaid and by 39 percent for uninsured people who move to the private insurance market,” said lead study author Jessica Galarraga, MD, MPH, of the Department of Emergency Medicine at George Washington University in Washington D.C. “Historically, emergency departments have carried the bulk of the economic burden for uncompensated care in the health care system, which has led to hundreds of them closing. Over the next few years, that picture could change substantially.”

Dr. Galarraga and her colleague, Jesse Pines, MD, MBA, also of George Washington University, analyzed data from the Medical Expenditure Panel Survey for the years 2005 to 2010. They estimated the amount of money that emergency departments might have collected for uninsured patients had they been covered by either Medicaid or private insurance. Approximately 7 million people are expected to enroll in Medicaid as a result of the Affordable Care Act and 23 million are expected to obtain private insurance through health insurance exchanges.

“One question is what happens in the 13 states whose governors have announced they will not participate in Medicaid expansion, especially those with high rates of uninsurance?” said Dr. Pines. “Another is whether the reduction in disproportionate share hospital (DSH) payments will outweigh the new sources of reimbursement. This is a time of great uncertainty, but one thing is sure: emergency departments cannot continue to provide top-notch medical care without an improvement in reimbursement.”