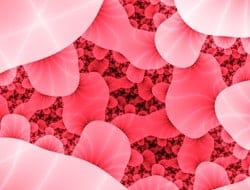 In Europe alone, more than 25,000 people die each year from infections caused by multi-resistant bacteria. Researchers from University of Copenhagen have now developed and characterized a substance that quickly and effectively kills the virulent bacteria.

The substance employs a multifunctional mechanism that reduces the risk of antibiotic resistance. The findings have recently been published in the scientific journal Chemistry & Biology.

Since WWII, antibiotics have made it possible to cure lethal bacterial infections. However, in recent years the efficacy of antibiotics has been drastically reduced due to increasing bacterial resistance. Today, bacteria resistant to nearly all known antibiotics are prevalent in many parts of the world.

“We have succeeded in preparing and characterizing a very stable substance that kills multi-resistant bacteria extremely quickly and effectively. The most interesting aspect is that the bacteria are attacked using a multifunctional mechanism that drastically reduces the risk of resistance development compared with traditional antibiotics,” says Rasmus Jahnsen.

Jahnsen conducted the research into the development of substances against multi-resistant bacteria at the Department of Drug Design and Pharmacology, University of Copenhagen.

The recently developed substance is called HDM-4, which stands for Host Defence Peptidomimetic 4. The findings are the result of collaboration between University of Copenhagen and the University of British Columbia in Canada.

For a number of years, a group of researchers led by Associate Professor Henrik Franzyk at the Faculty of Health and Medical Sciences have worked on the optimization of a unique class of antibacterial substances. All plants, animals and humans produce the important antimicrobial peptides that form part of the innate immune system – the body’s first line of defence against bacterial attack.

“The killing mechanism involves destabilising the bacterial membrane and binding onto the bacteria’s DNA, which in both cases results in the death of the bacteria. We have also shown that the substance can activate the human body’s own immune cells, strengthening its defence against bacteria during infection,” says Rasmus Jahnsen.

The researchers have tested the new substance on bacteria-infected tissue and the results show that it possesses several characteristics that make it highly attractive in connection with the possible development of new antibiotics.

“It’s the first step to developing a new drug. We hope that in collaboration with partners we can conduct a series of tests in the near future to show that the substance can actually combat an infection in a mammal. If we achieve the same results in animals, we will have a potential sensation on our hands,” adds Rasmus Jahnsen.

“Only a tiny fraction of the pharmaceutical research is devoted to development of new antibiotics — partly because research into cancer and chronic diseases such as diabetes and cardiovascular diseases are seen as better long-term investments. This leaves us in the extremely unfortunate situation where infectious diseases once again pose extremely serious threats to human health as the efficacy of medical drugs continues to be undermined by bacterial resistance. It is therefore important to conduct more research into new antibiotics,” concludes Rasmus Jahnsen.