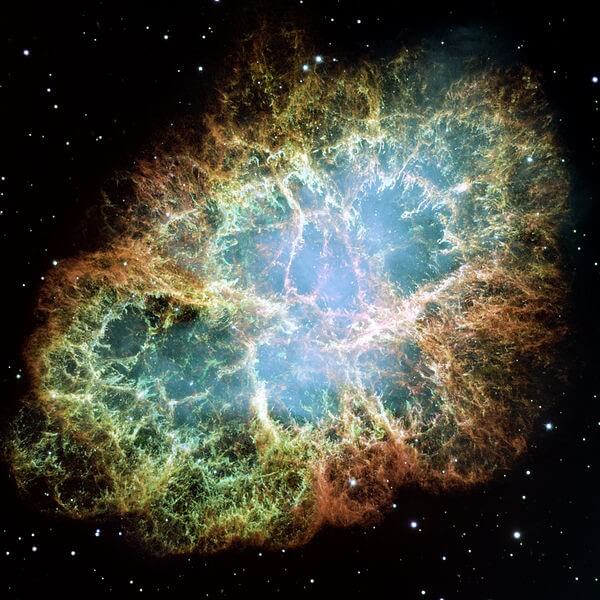 Astronomers at The Ohio State University have calculated the odds that, sometime during the next 50 years, a supernova occurring in our home galaxy will be visible from Earth.

The good news: they’ve calculated the odds to be nearly 100 percent that such a supernova would be visible to telescopes in the form of infrared radiation.

The bad news: the odds are much lower—dipping to 20 percent or less—that the shining stellar spectacle would be visible to the naked eye in the nighttime sky.

Yet, all this is great news to astronomers, who, unlike the rest of us, have high-powered infrared cameras to point at the sky at a moment’s notice. For them, this study suggests that they have a solid chance of doing something that’s never been done before: detect a supernova fast enough to witness what happens at the very beginning of a star’s demise. A massive star “goes supernova” at the moment when it’s used up all its nuclear fuel and its core collapses, just before it explodes violently and throws off most of its mass into space.

“We see all these stars go supernova in other galaxies, and we don’t fully understand how it happens. We think we know, we say we know, but that’s not actually 100 percent true,” said Christopher Kochanek, professor of astronomy at Ohio State and the Ohio Eminent Scholar in Observational Cosmology. “Today, technologies have advanced to the point that we can learn enormously more about supernovae if we can catch the next one in our galaxy and study it with all our available tools.”

The results will appear in an upcoming issue of The Astrophysical Journal.

First through calculations and then through computer models, generations of astronomers have worked out the physics of supernovae based on all available data, and today’s best models appear to match what they see in the skies. But actually witnessing a supernova—that is, for instance, actually measuring the changes in infrared radiation from start to finish while one was happening—could prove or disprove those ideas.

Kochanek explained how technology is making the study of Milky Way supernovae possible. Astronomers now have sensitive detectors for neutrinos (particles emitted from the core of a collapsing star) and gravitational waves (created by the vibrations of the star’s core) which can find any supernova occurring in our galaxy.  The question is whether we can actually see light from the supernova because we live in a galaxy filled with dust—soot particles that Kochanek likened to those seen in diesel truck exhaust—that absorb the light and might hide a supernova from our view.

“Every few days, we have the chance to observe supernovae happening outside of our galaxy,” said doctoral student Scott Adams. “But there’s only so much you can learn from those, whereas a galactic supernova would show us so much more. Our neutrino detectors and gravitational wave detectors are only sensitive enough to take measurements inside our galaxy, where we believe that a supernova happens only once or twice a century.”

Adams continued: “Despite the ease with which astronomers find supernovae occurring outside our galaxy, it wasn’t obvious before that it would be possible to get complete observations of a supernova occurring within our galaxy. Soot dims the optical light from stars near the center of the galaxy by a factor of nearly a trillion by the time it gets to us. Fortunately, infrared light is not affected by this soot as much and is only dimmed by a factor of 20.”

By balancing all these factors, the astronomers determined that they have nearly a 100 percent chance of catching a prized Milky Way supernova during the next 50 years. Adams summarized the findings in an online video.

The astronomers’ plan takes advantage of the fact that supernovae issue neutrinos immediately after the explosion starts, but don’t brighten in infrared or visible light until minutes, hours, or even days later.

So, in the ideal scenario, neutrino detectors such as Super-Kamiokande (Super-K) in Japan would sound the alert the moment they detect neutrinos, and indicate the direction the particles were coming from. Then infrared detectors could target the location almost immediately, thus catching the supernova before the brightening begins. Gravitational wave observatories would do the same.

But given that not all neutrinos come from supernovae—some come from nuclear reactors, Earth’s atmosphere or the sun—how could a detector know the difference?  A supernova would cause short bursts of neutrinos to be detected within a few seconds of each other.  But rare glitches in the electronics can do the same thing, explained John Beacom, professor of physics and astronomy and director of the Center for Cosmology and Astro-Particle Physics at Ohio State.

“We need some way to tell immediately that a burst is due to a supernova,” Beacom said.

He and colleague Mark Vagins, an American neutrino expert working at Super-K, pointed out a decade ago how this could be done.  Now Vagins and others have built a scale model of a special kind of neutrino detector in a new underground cave in Japan.

As coauthors on the Astrophysical Journal paper, Vagins and Beacom described the new detector, which they call EGADS for “Evaluating Gadolinium’s Action on Detector Systems.” At 200 tons, EGADS is much smaller than the 50,000-ton Super-K, but both consist of a tank of ultra-pure water.

In the case of EGADS, the water is spiked with a tiny amount of the element gadolinium, which helps register supernova neutrinos in a special way.  When a neutrino from a Milky Way supernova enters the tank, it can collide with the water molecules and release energy, along with some neutrons.  Gadolinium has a great affinity for neutrons, and will absorb them and then re-emit energy of its own.  The result would be one detection signal followed by another a tiny fraction of a second later—a “heartbeat” signal inside the tank for each detected neutrino.

Vagins said that the experiment is going well so far, and he and the rest of the Super-K scientists may decide to add gadolinium to the tank as early as 2016.  Because of its larger size, Super-K would also be able to measure the direction of the neutrinos.  So the possibility of using Super-K to pinpoint a Milky Way supernova is on the rise.

For those of us who would hope to see a Milky Way supernova with our own eyes, however, the chances are lower and depend on our latitude on Earth. The last time it happened was in 1604, when Johannes Kepler spotted one some 20,000 light years away in the constellation Ophiuchus. He was in northern Italy at the time.

Could such a sighting happen again in the next half-century?

Adams did the math: the probability of a galactic supernova being visible with the unaided eye from somewhere on Earth within the next 50 years is approximately 20-50 percent, with people in the southern hemisphere getting the best of those odds, since they can see more of our galaxy in the night sky. The odds worsen as you go north; in Columbus, Ohio, for example, the chance could dip as low as 10 percent.

And Adams placed the odds that Ohioans would spy a truly dazzling supernova—like the one in 1604 that outshone all other stars in the sky—at only around 5 percent.

“The odds of seeing a spectacular display aren’t in our favor, but it is still an exciting possibility!” he concluded.

“With only one or two happening a century, the chance of a Milky Way supernova is small, but it would be a tragedy to miss it, and this work is designed to improve the chances of being ready for the scientific event of a lifetime,” Beacom concluded.