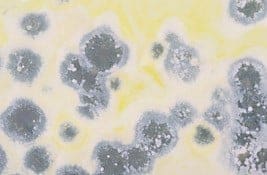 Scientists at Rutgers and Emory universities have discovered that a compound often emitted by mold may be linked to symptoms of Parkinson’s disease.

Arati Inamdar and Joan Bennett, researchers in the School of Environmental and Biological Sciences at Rutgers, used fruit flies to establish the connection between the compound  – popularly known as mushroom alcohol – and the malfunction of two genes involved in the packaging and transport of dopamine, the chemical released by nerve cells to send messages to other nerve cells in the brain.

The findings were published online today in the Proceedings of the National Academy of Sciences.

“Parkinson’s has been linked to exposure to environmental toxins, but the toxins were man-made chemicals,” Inamdar said. “In this paper, we show that biologic compounds have the potential to damage dopamine and cause Parkinson’s symptoms.”

For co-author Bennett, the research was more than academic. Bennett was working at Tulane University in New Orleans when Hurricane Katrina struck the Gulf Coast in 2005. Her flooded house became infested with molds, which she collected in samples, wearing a mask, gloves and protective gear.

“I felt horrible – headaches, dizziness, nausea,” said Bennett, now a professor of plant pathology and biology at Rutgers. “I knew something about ‘sick building syndrome’ but until then I didn’t believe in it.  I didn’t think it would be possible to breathe in enough mold spores to get sick.” That is when she formed her hypothesis that volatiles might be involved.

Inamdar, who uses fruit flies in her research, and Bennett began their study shortly after Bennett arrived at Rutgers. Bennett wanted to understand the connection between molds and symptoms like those she had experienced following Katrina.

The scientists discovered that the volatile organic compound 1-octen-3-ol, otherwise known as mushroom alcohol, can cause movement disorders in flies, similar to those observed in the presence of pesticides, such as paraquat and rotenone. Further, they discovered that it attacked two genes that deal with dopamine, degenerating the neurons and causing the Parkinson’s-like symptoms.

Studies indicate that Parkinson’s disease – a progressive disease of the nervous system marked by tremor, muscular rigidity and slow, imprecise movement — is increasing in rural areas, where it’s usually attributed to pesticide exposure. But rural environments also have a lot of mold and mushroom exposure.

“Our work suggests that 1-octen-3-ol might also be connected to the disease, particularly for people with a genetic susceptibility to it,” Inamdar said. “We’ve given the epidemiologists some new avenues to explore.”

Bennett, also associate vice president for the promotion of women in science, engineering and mathematics at Rutgers, and Inamdar were joined by co-author Muhammad Hossein and Jason Richardson from Robert Wood Johnson Medical School, and Alison Bernstein and Gary Miller of Emory University.

The study was funded by Rutgers and the National Institutes of Health.