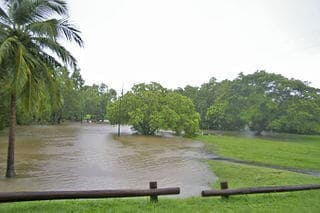 One of the first steps people take toward rebuilding their communities after a flood, wildfire or other disaster may not be the right step, according to the director of the Natural Hazards Center at the University of Colorado Boulder.

“When a disaster happens, people feel pressure to rebuild things just as they were before, when in fact a disaster should be a time when there is a pause, when we ask ‘How can we build it back better than it was before?’ ” said center Director Kathleen Tierney, also a professor of sociology.

Along with all of the tragic consequences and costs, a disaster also provides an opportunity, Tierney said. Communities can decide to change land use to keep people, buildings and infrastructure out of harm’s way. They can decide to construct buildings using hazard-resistant designs. And they can make those buildings more energy efficient.

Many communities have taken these steps following disastrous events, Tierney said, including the following:

Greensburg, Kan. – After virtually the entire town was wiped out by a tornado in 2007, the townspeople decided to rebuild their community as sustainably as they could to put the “green in Greensburg” as a former mayor put it. The community rebuilt buildings that were highly energy efficient, took future natural hazards into account and used energy from the wind and sun. Today, Greensburg “is looked at around the world as an example of a very forward thinking and sustainable recovery,” Tierney said.

San Francisco and Oakland, Calif. – When the controversial Embarcadero Freeway in San Francisco was damaged by the 1989 Loma Prieta earthquake, the city decided not to rebuild it. This decision opened up the area previously covered by the elevated freeway to new development and created a pleasant and popular waterfront. On the other side of the bay, Oakland also decided not to rebuild the Nimitz double-deck freeway after part of it collapsed, causing most of the deaths of those killed in the earthquake. Instead, a ground-level highway was built and rerouted further west to move it away from residential areas.

Santa Cruz, Calif. – After the Loma Prieta earthquake destroyed half of the downtown area, residents created Vision Santa Cruz, a group of merchants, bankers, government officials and community activists. The group decided that long-debated changes to Pacific Avenue in the heart of downtown would move forward and residents approved a special sales tax to be used for infrastructure repairs. The process was long and slow, but the new Pacific Avenue area has proven to be highly successful and revitalized downtown.

Christchurch, New Zealand – After a series of damaging earthquakes in 2010 and 2011, the city is taking another look at its “risk-scape” as well as it landscape, said Tierney, who viewed the damage there firsthand in May of this year as part of a visit sponsored by the University of Auckland. Areas that sustained damage because of landslides and soil instabilities are not being redeveloped and will become greenways instead.

“There are lots of examples of other communities deciding to do something different,” Tierney said. “Recovery – good recovery – takes time and it takes a lot of effort. There are no short cuts and people who attempt to do things very quickly and to take short cuts often end up unhappier in the long run.”

The United States also is a nation of private property rights and that has to be part of the broader community discussion, she said. People need to put their concerns on the table and then work in a collaborative way to seek solutions.

“It’s a discussion worth having,” Tierney said. “We don’t lack knowledge to prevent and prepare for disaster. What we lack is the application of that knowledge in the real world. And the gap between what is known and what is actually incorporated into practice is a pretty big gap, unfortunately.”

The CU-Boulder Natural Hazards Center is funding seven “Quick Response” grants to study issues related to Colorado’s September floods including studies on damage to ecological systems, household recovery and problems related to the oil and gas industry. It also is completing the “Boulder Creek Flood Notebook” website, based on a vision developed in the early 1990s by the late Gilbert White, a CU-Boulder geography professor known internationally as the “father of floodplain management.”

Natural Hazards Center researchers also are undertaking new studies on the floods, focusing on impacts on vulnerable populations and on community residents’ emotional responses and beliefs regarding future risks.

The Natural Hazards Center is part of CU-Boulder’s Institute of Behavioral Science and is funded by a consortium of agencies including the National Science Foundation, the Federal Emergency Management Agency, the National Oceanic and Atmospheric Administration and the U.S. Geological Survey. For more information visit the center’s website at http://www.colorado.edu/hazards.

To listen to Tierney talking about this subject, visit http://www.colorado.edu/news/multimedia/communities-should-pause-rebuilding-after-disaster-cu-boulder-disaster-expert.