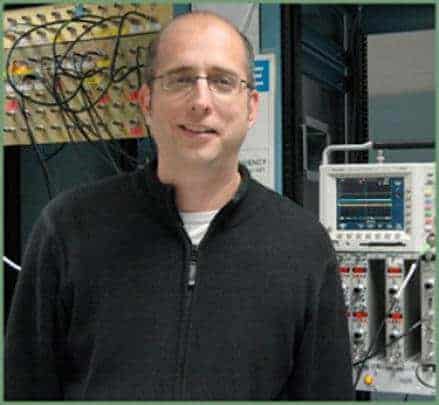 Until now, scientists were pretty sure they knew how the surface of a neutron star – a super dense star that forms when a large star explodes and its core collapses – can heat itself up.

However, research by a team of scientists led by a Michigan State University physicist has researchers rethinking that.

Scientists had long thought that nuclear reactions within the crust, the thick, solid, outermost layer of the star, contributed to the heating of the star’s surface.

Writing in the journal Nature, Hendrik Schatz and colleagues report results from theoretical calculations that identify previously unknown layers where nuclear reactions within the crust cause rapid neutrino cooling. Neutrinos are elementary particles created through radioactive decay that pass quickly through matter.

“These cooling layers are pretty shallow beneath the surface,” said Schatz, a professor of physics and astronomy. “If heat from deeper within the star comes up, it hits this layer and never makes it to the surface.”

“This completely changes the way we think about the question of the star’s hot surface,” he said. “It’s a big puzzle now.”

On the sub-atomic level, the team found that the process is greatly affected by the shape of the reacting nuclei.

“Many nuclei are round, and that suppresses the neutrino cooling,” said Sanjib Gupta, co-author and faculty member at IIT Ropar in India. “In this case, the nuclei are predicted by theorists to be ‘deformed,’ more American football-shaped.”

This study also points to the discovery potential of the Facility for Rare Isotope Beams. FRIB will be a new U.S. Department of Energy Office of Science national user facility built on the MSU campus. It is exactly these types of nuclei that researchers could examine in the facility.