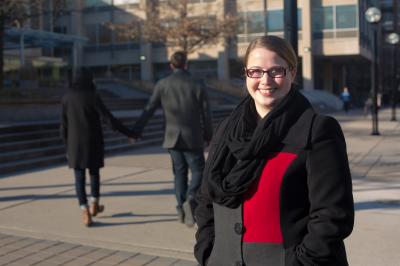 Fear of being single is a meaningful predictor of settling for less in relationships among both men and women, a new University of Toronto (U of T) study has found. The results are published in the December edition of the Journal of Personality and Social Psychology.

“Those with stronger fears about being single are willing to settle for less in their relationships,” says lead author Stephanie Spielmann, postdoctoral researcher in the University of Toronto’s Department of Psychology. “Sometimes they stay in relationships they aren’t happy in, and sometimes they want to date people who aren’t very good for them.” She adds, “Now we understand that people’s anxieties about being single seem to play a key role in these types of unhealthy relationship behaviours.”

Investigators surveyed several samples of North American adults, consisting of University of Toronto undergraduates and community members from Canada and the U.S. The samples included a wide range of ages.

“In our results we see men and women having similar concerns about being single, which lead to similar coping behaviours, contradicting the idea that only women struggle with a fear of being single,” says co-author, Professor Geoff MacDonald of the University of Toronto’s Department of Psychology. “Loneliness is a painful experience for both men and women, so it’s not surprising that the fear of being single seems not to discriminate on the basis of gender.”