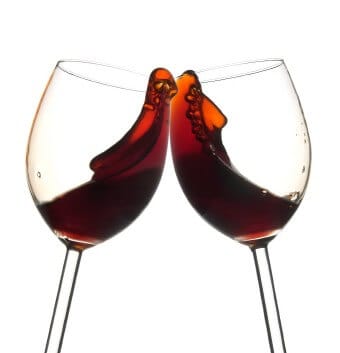 For the first time, researchers have demonstrated that resveratrol — which is abundantly available in red wine and also found in grapes, peanuts and berries — can ease some of the negative effects on the immune system caused by a diet high in fat.

“In preclinical studies, resveratrol has been shown to be beneficial in slowing the aging process and inhibiting some of the deleterious effects linked to obesity,” says Christopher Jolly, associate professor in the Department of Nutritional Sciences at The University of Texas at Austin. “However, this is the first study showing resveratrol’s effects on the immune system.”

The study, recently published in the Journal of Nutritional Biochemistry, also suggests that resveratrol helps protect against weight gain resulting from a high-fat diet and that some of the negative effects of obesity on the immune system can be mitigated by increasing resveratrol consumption.

The study was conducted in mice whose diet was enriched with resveratrol doses easily obtainable through supplementation in humans. This study indicates there may be some new additional health benefits derived from consuming foods such as berries, nuts or red grapes. Red wine, in moderation, might also carry some of these novel benefits.

Additional research is needed to determine the optimum dosages for humans.

Researchers include Apeksha Gulvady, Ph.D., and Robert Cabrera, research scientist, both from the university’s Department of Nutritional Sciences, and Henry Ciolino of the Office of Cancer Centers at the National Cancer Institute. They believe that resveratrol exerts a protective effect on the thymus, the organ responsible for the body’s cellular immune response, preventing it from aging prematurely.

”Even if you have a very unhealthy diet, there are things you can consume simultaneously that can help protect you from some of the ill effects of an unbalanced diet,” says Jolly. “Resveratrol is one of those things.”

The thymus, which produces T cells, an important type of white blood cell that fights infections, begins a process called involution early in life. Decreased thymic activity is thought to be one of the major reasons older people are more susceptible to infectious disease. Diet-induced obesity has been shown to increase the rate of thymic involution and thus depresses immune function.

“Children may be the most vulnerable to the impacts of obesity and poor diet on the immune system because their thymi are the most active,” Jolly says. “This is important because childhood sets the stage for the robustness of the immune system throughout life.”

Although red wine contains resveratrol naturally and in abundance, the doses of resveratrol required to see the best effects might require supplementation as suggested by the study.

In order to mimic leanness or obesity, the researchers fed one group of mice a low-fat diet and another group of mice a high-fat diet. Controls from both the high-fat and low-fat groups did not receive resveratrol supplementation while mice in the experimental groups received either a low or high dose of resveratrol.