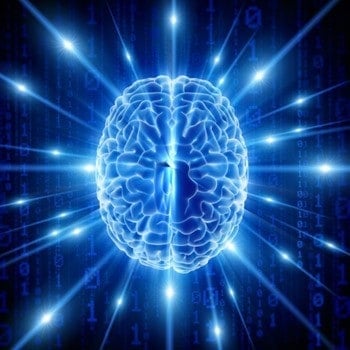 The National Institutes of Health is releasing funding opportunities to build a new arsenal of tools and technologies for unlocking the mysteries of the brain. The NIH action is in support of President Obama’s Brain Research through Advancing Innovative Neurotechnologies (BRAIN) Initiative.

The six opportunities announced today were developed in response to high priority areas(PDF – 536KB) identified by the NIH Advisory Committee to the Director’s BRAIN Working Group in September 2013. Awards are expected to be announced in September 2014 and will constitute NIH’s initial investment of $40 million in the initiative.

“The human brain is one of the most complicated structures in the known universe,” said NIH Director Francis S. Collins, M.D., Ph.D. “We have an unprecedented opportunity to develop new technologies that will allow us to map the circuits of the brain, measure activity within those circuits, and understand how their interactions maintain health and modulate human behavior.”

The President’s BRAIN Initiative is a large-scale inter-agency federal effort that the President described as “giving scientists the tools they need to get a dynamic picture of the brain in action and better understand how we think, how we learn, and how we remember.” Three federal agencies — NIH, National Science Foundation, andDefense Advanced Research Projects Agency, or DARPA —expect to contribute a total of $110 million in the 2014 fiscal year. NIH’s $40 million contribution in fiscal 2014 is in addition to the roughly $5.5 billion slated in the NIH fiscal 2014 budget for neuroscience research. Private organizations have also signed on to bolster this bold, interdisciplinary effort.

The first wave of NIH investments in the BRAIN initiative will focus largely on technology development that will advance basic science. Two of the funding announcements call for developing methods for classifying and accessing the diverse cells and circuits of the brain. Three focus on developing and optimizing technologies for recording and modulating collections of cells that function together as a circuit. One supports the formation of interdisciplinary teams of scientists to develop the next generation of non-invasive imaging technologies for human research.

“Scientists need new tools to be able to dissect the roles of particular neurons in the circuits underlying how we think and behave, and to learn which brain cells are disrupted by neurological disorders. These initiatives should provide them,” said Story Landis, Ph.D., director of the NIH’s National Institute of Neurological Disorders and Stroke.

“These grant opportunities are a down payment for the promise on what the President calls ‘the next great American project,’” said Thomas R. Insel, M.D., director of the National Institute of Mental Health.

For more information about the NIH BRAIN Initiative and these funding opportunities, go to:
http://www.nih.gov/science/brain.

The Brain Initiative and Brain Research Through Advancing Innovative Neurotechnologies are service marks of the U.S. Department of Health & Human Services.