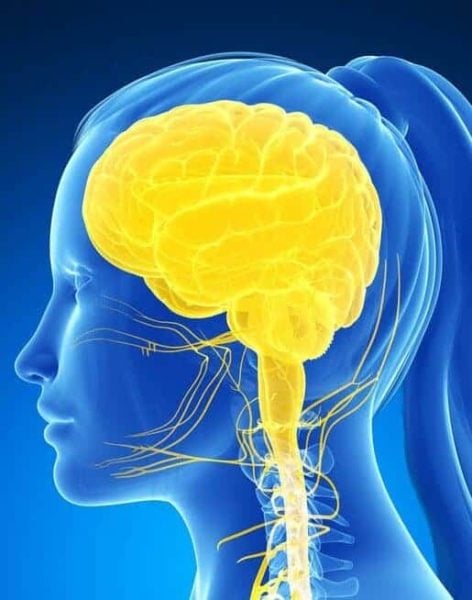 Brain tumors known as low-grade gliomas can be treated with surgery, sometimes in combination with chemotherapy and/or radiation therapy, with some patients living for decades after treatment. But because these tumors infiltrate normal brain tissue, it is difficult to remove them completely, and more often than not, gliomas recur at the same site in the brain, in some cases many years after surgery.

Now, a team led by scientists from UC San Francisco has discovered that recurrent gliomas may have genetic profiles that are markedly different from those of the initial tumors that spawned them, and has shown that these differences are vastly amplified when a commonly used chemotherapy drug is employed to treat the initial tumors.

The new work, published online in Science Express on Dec. 12, may prompt a rethinking of targeted approaches to glioma treatment based on genetic profiling of tumors, and also argues for the judicious use of temozolomide (TMZ), the chemotherapy agent most often used in glioma cases, the team said. The findings on TMZ have prompted the launch of a clinical trial, expected to open at UCSF in early 2014, which will explore the use of a targeted drug to block TMZ’s deleterious effects.

In developing a plan for cancer therapy, the genetic characteristics of a patient’s tumor are increasingly used to customize treatment, but “if the tumor recurrence has a genetic pattern that differs in some way from the initial tumor, using only the initial tumor as a guide might be missing the mark,” said Joseph F. Costello, PhD, professor and Karen Osney Brownstein Endowed Chair of neurological surgery and co-senior author of the new research with Barry S. Taylor, PhD, assistant professor of epidemiology and biostatistics.

Genetic disparities in recurrent tumors may be of particular concern when glioma patients have been treated with TMZ, Costello said. In more than half of the TMZ-treated cases studied by the research team, the recurrence had taken an “alternative evolutionary path,” transforming from low-grade glioma to highly malignant glioblastoma. Some patients with a low-grade glioma can live for decades after treatment, but glioblastoma is almost always fatal, with a median survival of 12 to 15 months.

“The natural history of low-grade gliomas is that they will progress, and over enough time will progress to a higher grade,” said Susan Chang, MD, professor and Lai Wan Kan Endowed Chair of neurological surgery and director of UCSF’s Division of Neuro-oncology. “It’s a challenge dealing with these patients because it’s the nature of these tumors that they will recur.”

To better understand what genetic changes cause low-grade gliomas to undergo malignant transformation to glioblastoma, the team joined with colleagues at The University of Tokyo to collect paired tissue samples from initial and recurrent gliomas in 23 patients who had undergone a second surgery for the recurrent disease. Led by graduate students and co-first authors Brett E. Johnson and Tali Mazor, the group then performed genomic sequencing on each sample.

Previous research has shown that tumors continually evolve, accumulating additional mutations to adapt and thrive in changing physiological conditions. Normally this evolution is “clonal”: even if tumors metastasize and take up residence in another part of the body, they carry much of the genetic signature of the initial tumor.

But in the new study, the authors were surprised to find that, although the recurrent gliomas could be confidently related to the initial tumor with genetic tools, the newer tumors only shared about half of their mutations with the original glioma. “This is quite different than metastasis,” stressed Costello. “It is a local recurrence, typically within 2 centimeters of the site of the original tumor.”

The authors hypothesize that these differences arise because a small number of residual cells from the earliest stages of the initial glioma—before it has accumulated scores of mutations—are left behind after surgery and seed the recurrent tumors, which may emerge years later. As the recurrent glioma grows, it retains mutations from those seeds, but follows its own evolutionary path and acquires its own distinctive set of mutations.

Despite the unexpected genetic differences in recurrent gliomas, in many cases they resembled the initial tumors under the microscope and had a similar prognosis. But in six of the 10 cases studied in which the initial glioma had been removed and the patients then treated with TMZ, the recurrent tumor showed signs of “hypermutation” and underwent malignant transformation to glioblastoma.

Drawing on earlier research by Mitchel S. Berger, MD, professor, chair and Berthold and Belle N. Guggenhime Endowed Chair of neurological surgery and director of UCSF’s Brain Tumor Surgery Program, the team established that almost all of these mutations carried a genetic signature indicating that the damage was induced by TMZ.

Furthermore, they showed that these mutations drive malignancy by activating a pathway known as AKT-mTOR.

Building on this latter finding, Daphne A. Haas-Kogan, MD, professor of radiation oncology and neurological surgery, and Jennifer Clarke, MD, assistant professor of neurology and neurological surgery, have teamed up to launch a clinical trial of everolimus, an FDA-approved drug manufactured by Novartis that blocks the mTOR pathway. The trial will test the effectiveness of mTOR inhibition in the treatment of newly diagnosed low-grade gliomas and is expected to begin in early 2014.

“Now that we have a more granular understanding of TMZ’s effects, we want to test whether we could delay or prevent malignant transformation in TMZ-treated patients,” said HaasKogan. “The patients would garner the benefit of TMZ, but with the addition of the mTOR inhibitor the pathway that might have been activated to detrimental effect will be blocked. The rationale for the combination comes directly out of this new work as well as from a promising ongoing trial at UCSF of everolimus for recurrent low-grade gliomas.”

This sort of cross-fertilization, in which basic research directly inspires clinical trials “is entirely a team effort,” Chang said. “The beauty of this new work is that it’s cutting-edge genomics, but it has a huge impact for our patients clinically.”