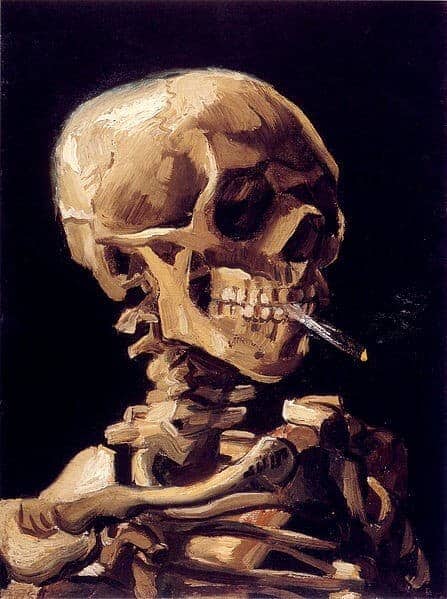 A Yale study estimates that 8 million lives have been saved in the United States as a result of anti-smoking measures that began 50 years ago this month with the groundbreaking report from the Surgeon General outlining the deadly consequences of tobacco use.

The Yale School of Public Health-led analysis is published in the Journal of the American Medical Association.

The study used mathematical models to calculate the long-term effect of the seminal report, and subsequent anti-smoking measures, over the past half-century. These cumulative efforts have significantly reshaped public attitudes and behaviors concerning cigarettes and other forms of tobacco, note the researchers.

First author Theodore R. Holford, professor of biostatistics and member of Yale Cancer Center, and six other researchers who are part of the National Cancer Institute’s Cancer Intervention and Surveillance Modeling Network, found that while some 17.6 million Americans have died since 1964 due to smoking-related causes, 8 million lives have been saved as a result of increasingly stringent tobacco-control measures that commenced with the report’s Jan. 11, 1964, release.

Of the lives saved, approximately 5.3 million were men and 2.7 million were women. The total number of saved lives translates into an estimated 157 million years of life, a mean of 19.6 years for each beneficiary, report the researchers.

“An estimated 31% of premature deaths were avoided by this effort, but even more encouraging is the steady progress that was achieved over the past half-century, beginning with a modest 11% in the first decade to 48% of the estimate what we would have seen from 2004 to 2012 in the absence of tobacco control,” said Holford. “Today, a 40-year-old man can expect on average to live 7.8 years longer than he would have in 1964, and 30% of that improvement can be attributed to tobacco control. The gains for women have been slightly less, 5.4 years, but tobacco control accounts for 29% of that benefit.”

Using data collected by the National Center for Health Statistics from 1965 to 2009, the team recreated smoking life history summaries for groups born each year starting in 1890. These were used along with national mortality statistics and studies that followed large populations to calculate mortality rates by smoking status. This allowed them to estimate the impact of alternative scenarios for what might have occurred had the era of tobacco control never happened.

The tobacco warning was released by then-U.S. Surgeon General Luther Terry. It is seen by many as a pivotal moment in American public health and as the opening salvo in an ongoing effort to convince people to stop smoking.

Terry convened a committee of specialists who reviewed some 7,000 scientific articles and worked with more than 150 consultants to formulate the report’s findings. It was released on a Saturday in order to generate maximum media coverage in Sunday’s newspapers. Years after its publication, Terry referred to the report’s release as a “bombshell.”

The report has since spawned numerous other efforts at various levels of government to curb smoking. This has included the now-familiar Surgeon General’s warning on the side of cigarette packages, as well as increased taxation, restrictions on advertising, and limiting public areas where people can smoke, along with programs and products to help people kick their smoking habit.

While the number of smokers in the United States has decreased significantly over the past several decades, there are still an estimated 44 million Americans who smoke, or about 20% of the U.S. population.

Today, smoking continues to claims hundreds of thousands of lives annually and is the single largest cause of preventable death in the United States.

“Tobacco control has been a great success story for public health. We have essentially cut in half the number of tobacco-related deaths each year compared to what would have occurred in the absence of this effort. This is very encouraging, but the halfway point also means that there is more to be done,” said Holford.

Senior author on the study was David Levy of the Lombardi Comprehensive Cancer Center at Georgetown University. Other authors are Rafael Meza, Kenneth Warner, and  Clare Meernik of the University of Michigan; and Jihyoun Jeon and Suresh Moolgavkar of the Fred Hutchinson Cancer Research Center.

This study was funded in part by a grant from the National Cancer Institute (R01-CA-152956).