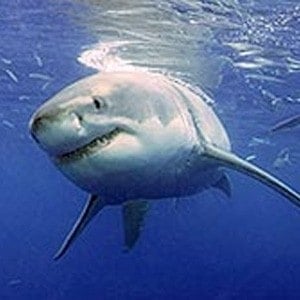 Adult white sharks, also known as great whites, may live far longer than previously thought, according to a new study that used radiocarbon dating to determine age estimates for white sharks in the Northwest Atlantic Ocean.

Sharks are typically aged by counting alternating opaque and translucent band pairs deposited in sequence in their vertebrae. It is unclear whether these band pairs are deposited annually, making it difficult to accurately estimate age or provide estimates for longevity for many shark species.

The goal of the white shark ageing study, published January 8 in PLOS ONE, was to determine the periodicity of band pair deposition in vertebrae of white sharks from the Northwest Atlantic Ocean using radiocarbon dating. Once validated, the band pair counts can provide a method for determining minimum estimates of longevity in white shark populations.

“Ageing sharks has traditionally relied on counting growth band pairs, like tree rings, in vertebrae with the assumption that band pairs are deposited annually and are related to age,” said Lisa Natanson, a fisheries biologist in the Apex Predators Program at NOAA’s Northeast Fisheries Science Center (NEFSC) and a co-author of the study. “In many cases, this is true for part or all of a species’ life, but at some point growth rates and age are not necessarily in sync. Growth rates slow as sharks’ age. Deposition rates in vertebrae can change once the sharks reach sexual maturity, resulting in band pairs that are so thin they are unreadable. Age is therefore frequently underestimated. ”

Bomb radiocarbon dating is one of the best techniques for age validation in long-lived species like sharks. The technique uses the discrete radiocarbon pulse in the environment caused by the detonation of nuclear bombs in the 1950s and 1960s as a “time stamp”. Radiocarbon levels incorporated into the band pairs are measured and related to a reference chronology to determine the absolute age of a fish and can also be used to confirm or refute annual age in a species.

In this study, researchers from NOAA’s Northeast Fisheries Science Center (NEFSC) and the Woods Hole Oceanographic Institution (WHOI) compared radiocarbon values from the shark vertebrae with reference chronologies documenting the marine uptake of carbon 14 produced by the atmospheric bomb testing. Samples were dated at the National Ocean Sciences Accelerator Mass Spectrometry Facility at WHOI. The result was the first radiocarbon age estimates for adult white sharks.

Estimated bomb radiocarbon dating age of the oldest female white shark sampled was 40, and for the oldest male 73. Ages for the three other males were 9, 14, and 44, while the other females sampled had estimated ages of 6, 21, and 32.

Previous studies of white sharks from the Pacific and Indian Oceans suggested that none of the examined specimens were older than 23 years. Also, none of these earlier studies were able to document annual periodicity of the band pairs used to assign age.

Natanson and colleagues suggest that either white sharks are living significantly longer and growing slower in the Northwest Atlantic than either the Pacific or Indian Oceans, or longevity has been underestimated in previous studies.

Knowledge is limited about the age and growth rates of white sharks, apex predators that live in coastal and offshore waters throughout the world. White sharks are considered vulnerable under the International Union for Conservation of Nature (IUCN) Red List of Threatened Species and are protected via international trade agreements and conventions.

Sharks are long-lived animals that grow slowly and do not produce many young. In many parts of the world they are fished commercially, requiring age and growth data for conservation and management efforts. Validation of age in shark species is also critical in understanding their longevity as well as in estimating vital rates such as age at maturity, lifetime fecundity or fertility, growth rates, and differences in growth between males and females.

The shark vertebral samples for this study were provided by Natanson from the Apex Predators Program, which maintains one of the largest collections of North Atlantic white shark vertebrae. The Apex Predators Program, located at the NEFSC’s Narragansett Laboratory in Rhode Island, collects basic demographic information about sharks and their life histories by conducting research on their distribution and migration patterns, age and growth, reproductive biology, and feeding ecology.

Natanson has studied sharks for years and has authored or co-authored numerous studies to determine age and growth estimates for tiger, sandbar, mako and other shark species. She has published many reports on general life history aspects of various shark species, routinely collects samples from fishermen and at tournaments, and heads the program’s coastal shark survey, which was most recently conducted in 2012. The survey is the oldest continuing survey of large coastal sharks in the U.S. Atlantic Ocean.

With lifespan estimates of 70 years and more, white sharks may be among the longest-lived fishes. Sharks that mature late, have long life spans and produce small litters have the lowest population growth rates and the longest generation times. Increased age at maturity would make white sharks more sensitive to fishing pressure than previously thought, given the longer time needed to rebuild white shark populations.