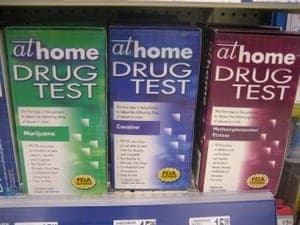 School drug testing does not deter teenagers from smoking marijuana, but creating a “positive school climate” just might, according to research reported in the January issue of the Journal of Studies on Alcohol and Drugs.

An estimated 20 percent of U.S. high schools have drug testing; some target students suspected of abusing drugs, but often schools randomly test students who are going out for sports or clubs. The policies are controversial, partly because there is little evidence they work. And in the new study, researchers found no effects on high schoolers’ drug experimentation.

Of 361 students interviewed, one third said their school had a drug testing policy. Over the next year, those kids were no less likely than other students to try marijuana, cigarettes or alcohol.

“Even though drug testing sounds good, based on the science, it’s not working,” said Daniel Romer, Ph.D., of the University of Pennsylvania Annenberg Public Policy Center in Philadelphia.

At best, Romer said, the policies might convince kids to lay off the drug their school is testing for—which is most commonly marijuana. But even if that’s true, Romer added, students in school sports and clubs are actually not the ones at greatest risk of developing drug problems. “So as a prevention effort,” Romer said, “school drug testing is kind of wrong-headed.”

So what does work? In this study, there was evidence that a positive school climate might help.

During the initial interviews, students were asked about their school environment; a school was considered to have a positive climate when kids said there were clear rules, and students and teachers treated each other with respect. Over the next year, students in positive environments were about 20 percent less likely to try marijuana and 15 percent less likely to light up a cigarette.

That “positive” rating just reflected the students’ perceptions; their schools did not have special policies in place. But, Romer said, there are programs out there that help schools create a more respectful environment. So it is something that schools can aim for, he added.

However, positive schools did not seem to make a dent in student drinking. At the second interview, two thirds of students said they’d tried alcohol—regardless of their school climate or drug testing policies. That, Romer said, may be because drinking is so “normative,” even though it’s illegal before age 21.

“The whole culture uses alcohol,” he said. “And you’re fighting something that has widespread marketing behind it.” For example, Romer noted, it’s nearly impossible to watch sports without seeing ads featuring young adults having a good time drinking. “It’s a real problem,” he said of underage drinking. “And right now we’re not doing enough to address it.”