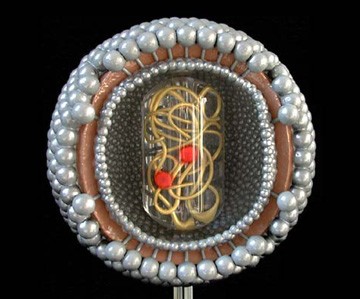 More than 30 percent of young males who had sex with other males and who were subsequently enrolled in a government treatment and research network were found to have high levels of HIV, reported researchers from the National Institutes of Health and other institutions.

The health status of the study participants, who ranged in age from 12 to 24 years, was monitored as part of their participation in the Adolescent Medicine Trials Network for HIV/AIDS Interventions (ATN). The ATN provides medical care to youth with HIV and offers counseling and, medications, and other preventive measures to youth who are at risk of acquiring HIV. As part of their participation in the network, the youth have the option of taking part in research studies of the latest methods to prevent people from acquiring HIV and to treat those who have become infected.

To conduct the current study, researchers analyzed the health records of youth with HIV, soon after they enrolled in the ATN. The study authors noted that the high blood levels of the virus seen in the majority of study participants indicated that they were diagnosed early in the course of HIV infection, when the chances for minimizing the health consequences of HIV are greatest. The researchers added, however, that the study results suggest that HIV is highly likely to be transmitted among members of this group.

“This is not a time for complacency,’’ said study author Bill G. Kapogiannis, M.D., scientific director of the ATN. “Our results suggest that all health care providers who work with young people — particularly those who work with males who have sex with other males — should stress the urgency of getting tested, and, if infected, into treatment, which benefits their own health as well as reduces transmission to others.”

According to the U.S. Centers for Disease Control and Prevention, 1 in 4 new HIV infections

occur in young people from 13 to 24 years of age. About 60 percent of all youth with HIV do not know they are infected, are not getting treated, and can unknowingly pass the virus on to others. Among the groups that the CDC recommends get tested for HIV

The study was published online in the journal AIDS. The study’s principal investigator was Jonathan M. Ellen, M.D., of All Children’s Hospital Johns Hopkins Medicine, St. Petersburg, Fla. The study also included researchers from Indiana University School of Medicine in Indianapolis; Westat, in Rockville, Md., and the Johns Hopkins University School of Medicine in Baltimore.

To conduct the study, the researchers measured the viral load and CD4 counts of 852 youth in 14 cities in the United States and Puerto Rico. Viral load

is the amount of HIV in the blood. Dr. Kapogiannis explained that viral levels are highest very early in the course of an HIV infection. CD4 counts

Among the study participants, 34 percent had CD4+ counts of 350 or less, 27 percent had counts from 351 to 500, and 39 percent had counts greater than 500. Male youth who had reported sexual contact with another male had the highest average viral load, in excess of 115,000. Among all males, regardless of sexual orientation, the viral load averaged more than 106,000. For females, the average viral load count was roughly 48,000. Most of those diagnosed with HIV had been referred for medical care during the course of the study (79 percent.)

“Men with HIV tend to have higher viral loads than do women,” Dr. Kapogiannis said. “But I think there is a timing issue here as well. It’s possible that the young men who have sex with men are being diagnosed earlier than are the women, because of greater awareness of the risks and more frequent testing.”

Because of the high viral loads they detected in their study, the researchers concluded that efforts to diagnose and treat people with HIV should focus a large share of their efforts on youth, particularly young men who have sex with men.

“It’s important to get these individuals into treatment early, not only for the sake of their own health, but also for that of others, because many youth don’t even know they are infected and may risk unknowingly transmitting the virus during this time,” Dr. Kapogiannis said.