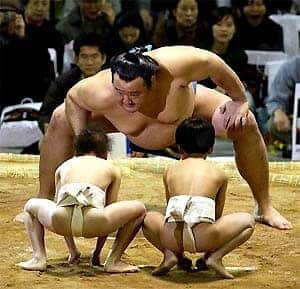 Power athletes and others looking for an edge to improve their performance should avoid taking vitamin D2.

“This is the first time research has shown that vitamin D2 supplementation is associated with higher muscle damage after intense weight lifting, and thus cannot be recommended for athletes,” said Dr. David Nieman (Dr.P.H.), who directed the study that was funded by a grant from Dole Foods Inc.

Nieman directs the Human Performance Lab and is a faculty member in Appalachian’s College of Health Sciences. He was assisted in the study by Dr. Andrew Shanely, Dustin Dew and Mary Pat Meaney from Appalachian, Dr. Nicholas Gillitt from the Dole Research Laboratory and Dr. BeiBei Luo from Shanghai University of Sport.

Their findings have been published in the journal Nutrients.

The study was designed to measure the effect of six weeks of vitamin D2 supplementation in NASCAR pit crew athletes and the effects on exercise-induced muscle damage and delayed onset of muscle soreness.

During the double-blind study, one group of athletes consumed 3,800 international units (IU) a day of a plant-based vitamin D2. The supplement was derived from Portobello mushroom powder that had been irradiated with ultra-violet light to convert the ergosterol in the mushrooms to vitamin D2 (ergocalcifoerol). The other group of athletes took a placebo.

“When the sun hits our skin, it turns into vitamin D3. The body is used to that,” Nieman said. “High vitamin D2 levels are not a normal experience for the human body. Taking high doses of vitamin D2 caused something to happen at the muscle level that isn’t in the best interest of the athletes. Now we need others to test this and see if they come up with the same results.”

Researchers have been studying the benefits of vitamin D since the middle of the 20th century when some European investigators claimed that athletes who were exposed to sunlamp sessions performed better in the winter months, Nieman said. The European scientists theorized that during winter, when vitamin D levels in the body are low, sunlamp treatments, like natural exposure to sunlight, would increase the athletes’ vitamin D3 levels and benefit muscle function.

“Just about everyone has lower vitamin D levels in the winter,” Nieman said. “We know that when you restore vitamin D levels in older people it improves their muscle function. What hasn’t been documented is if the same holds true for younger adults. We were interested in seeing if increasing vitamin D in the pit crew athletes who train heavily in the off season would improve their muscle and immune function. While vitamin D2 levels in the blood increased, we found that levels of the valuable D3 decreased. And to our surprise, those taking vitamin D2 didn’t have just a little more muscle damage, they had a lot more damage.”

Nieman theorizes that vitamin D2 causes something to occur at the muscle level that worsens muscle damage following stressful exercise. As a result of the study, he does not recommend that any athlete who lifts weights or exercises a lot use vitamin D2 supplements.