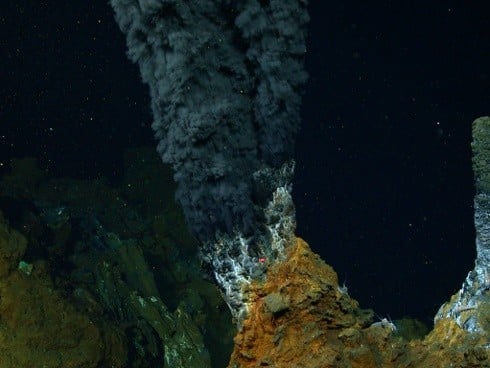 A team of researchers led by Virginia Tech and University of California, Berkeley, scientists has discovered that a regulatory process that turns on photosynthesis in plants at daybreak likely developed on Earth in ancient microbes 2.5 billion years ago, long before oxygen became available.

The research opens new scientific areas in the fields of evolutionary biology and microbiology. The work also has broad societal implications as it allows scientists to better understand the production of natural gas, and it sheds light on climate change, agriculture, and human health.

“By looking at this one mechanism that was not previously studied, we will be able to develop new basic information that potentially has broad impact on contemporary issues ranging from climate change to obesity,” said Biswarup Mukhopadhyay, associate professor of biochemistry at the Virginia Tech College of Agriculture and Life Sciences, one of the lead authors of the study. He is also an adjunct associate professor at the Virginia Bioinformatics Institute. Plant and microbial University of California, Berkeley biology professor emeritusBob B. Buchanan co-led the research and co-authored the paper.

The findings were described in the journal the Proceedings of the National Academy of Sciences. This research concerns methane-forming archaea, a group of methane-producing microbes known as methanogens that live in areas of nature where oxygen is absent. Methane is the main component of natural gas as well as a potent greenhouse gas.

“This innovative work demonstrates the importance of a new global regulatory system in methanogens,” said William Whitman, a professor of microbiology at the University of Georgia who is familiar with the study but not connected to it. “Understanding this system will provide the tools to use these economically important microorganisms better.”

Methanogens play a key role in nature, most notably in carbon cycling. When plants die, some of their biomass is trapped in areas that are devoid of oxygen such as the bottom of lakes. Methanogens are critical in converting the residual biological material to methane, which other organisms convert to carbon dioxide — a product that can be used by plants. This natural process for producing methane forms the basis for treating municipal and industrial wastes. These processes are beneficial both in reducing pollution and in producing methane that can be trapped and used as a fuel. The same process allows natural gas production from agricultural residues, a renewable resource.

Methanogens also play an important role in agriculture and human health. They live in the digestive systems of cattle and sheep where they facilitate the digestion of feed consumed in the diet. There have been efforts to control methanogens in specific ways that would improve feed utilization and enhance the production of meat and milk.

Methanogens are additionally a factor in human nutrition. The organisms live in the large intestine, where they enhance the breakdown of food. Some have proposed that restricting this activity of methanogens could help alleviate obesity.

To begin their study, the team investigated an ancient type of methanogen, Methanocaldococcus jannaschii, which lives in deep-sea hydrothermal vents or volcanoes where environmental conditions mimic those that existed on the early Earth. They found that the protein thioredoxin, which plays a major role in contemporary photosynthesis, could repair many of the organism’s proteins damaged by oxygen.

Since methanogens developed before oxygen appeared on earth, the evidence raises the possibility that thioredoxin-based metabolic regulation could have come into play for managing anaerobic life long before the advent of oxygen.

“It is rewarding to see that our decades of research on thioredoxin and photosynthesis are contributing to understanding the ancient process of methane formation,” Buchanan said. “It is an excellent illustration of how a process that proved successful early in evolution has been retained in the development of highly complex forms of life.”

Dwi Susanti, the lead author, recently received her Ph.D. in genetics, bioinformatics and computational biology from the Virginia Bioinformatics Institute, and is currently a postdoctoral scholar in the Department of Biochemistry at Virginia Tech. Usha Loganathan, a graduate student in the Department of Biological Sciences in the College of Science at Virginia Tech, also participated in the study. Both are members of Mukhopadhyay’s laboratory. Mukhopadhyay and Buchanan led the study. William H. Vensel of the Western Regional Research Center, Albany, Calif., provided key proteomics expertise as did Joshua Wong of University of California, Berkeley. Other participants included Rebecca De Santis and Ruth Schmitz-Streit of University of Kiel in Germany; and Monica Balsera of the Institute of Natural Resources and Agrobiology of Salamanca in Spain.

This work was supported by a grant from the National Science Foundation to Mukhopadhyay and Buchanan; a National Aeronautics and Space Administration Astrobiology: Exobiology and Evolutionary Biology grant to Mukhopadhyay; and a USDA Agricultural Research Service CRIS Project support to Vensel and internal university graduate funds to Susanti.

Nationally ranked among the top research institutions of its kind, Virginia Tech’s College of Agriculture and Life Sciences focuses on the science and business of living systems through learning, discovery, and engagement. The college’s comprehensive curriculum gives more than 3,100 students in a dozen academic departments a balanced education that ranges from food and fiber production to economics to human health. Students learn from the world’s leading agricultural scientists, who bring the latest science and technology into the classroom.