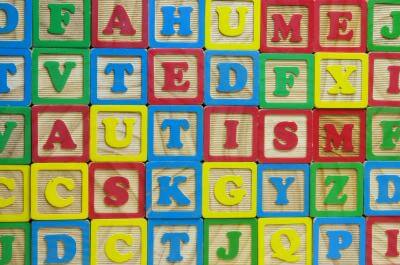 New diagnosis guidelines for autism spectrum disorder (ASD) issued by the American Psychiatric Association (APA) may reduce by almost one third the total number of people being diagnosed, according to new research from Columbia University School of Nursing published in the Journal of Autism and Developmental Disorders. The guidelines, released in May 2013 and the first major update to psychiatric diagnosis criteria in almost two decades, may leave thousands of developmentally delayed children each year without the ASD diagnosis they need to qualify for social services, medical benefits and educational support.

A team led by Kristine M. Kulage, MA, MPH, director of the Office of Scholarship and Research Development at Columbia Nursing, conducted a systematic literature review and meta-analysis to determine the effect of changes to the Diagnostic and Statistical Manual of Mental Disorders (DSM), the APA’s classification tool for psychiatric conditions, on diagnosis of individuals with ASD. The study found a statistically significant decrease in ASD diagnosis of 31 percent using the new manual, DSM-5, compared with the number of cases of ASD that would have been identified under the previous version of the manual, DSM-IV-TR.

“This study raises a concern that a medical provider diagnosing a child under the new guidelines won’t find the child to be on the autism spectrum, when the same child under the old criteria might have been diagnosed with ASD,” says Kulage.

The old manual, DSM-IV-TR, included three distinct subgroups under the broad definition of ASD: autistic disorder (AD), Asperger’s disorder, and pervasive development disorder-not otherwise specified (PDD-NOS). The revised manual, DSM-5, eliminates these subgroups, instead establishing a more limited range of criteria for a diagnosis of ASD that is designed to encompass individuals who previously would have fallen into one of the subgroups. The DSM-5 also added a new category called social communication disorder (SCD) to diagnose individuals who have verbal and nonverbal communication impairments but lack other attributes associated with autism. Some individuals diagnosed with PDD-NOS under the old manual would be identified as individuals with SCD under DSM-5, according to the APA.

“We are potentially going to lose diagnosis and treatment for some of the most vulnerable kids who have developmental delays,” says Kulage. “In many instances, children require a diagnosis of ASD to receive medical benefits, educational support and social services.”

Approximately 1 in 88 children in the U.S. have ASD, according to the Centers for Disease Control and Prevention. People with ASD tend to have difficulties with communication, misread nonverbal interactions, and have difficulty making friends. They may also be heavily reliant on routines, extremely sensitive to changes in their environment, and intensely focused on interests not appropriate to the social context they are in. Symptoms fall on a continuum, with variation in severity, and early diagnosis and access to treatment have been proven to result in better outcomes.