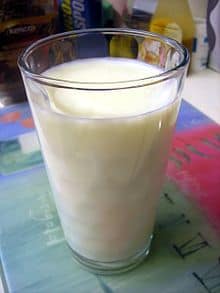 Some sour news for lactose-intolerant people who hoped that raw milk might prove easier to stomach than pasteurized milk: A pilot study from the Stanford University School of Medicine shows little difference in digestibility between the two.

The study was small — it involved 16 participants — but the lead investigator said the results were highly consistent among all the participants and deflate some of the claims surrounding raw, or unpasteurized, milk.

“It’s not that there was a trend toward a benefit from raw milk and our study wasn’t big enough to capture it; it’s that there was no hint of any benefit,” said nutrition expert Christopher Gardner, PhD, professor of medicine at the Stanford Prevention Research Center and senior author of the study, which will be published March 10 in the Annals of Family Medicine.

Although relatively few people drink raw milk — it’s thought to comprise less than 1 percent of milk consumed nationwide — Gardner said he believes in making sure that the claims regarding foods or supplements are based on sound science. “When claims about ‘all-natural’ foods are merely anecdotal, it works against the food movement and undermines nutrition science,” he said. “Let’s get to the part that’s real and do away with myths and anecdotes.”

For people who are lactose-intolerant, eating dairy products can be painful. Their bodies lack enough lactase, which is the enzyme that breaks down lactose, the sugar in milk and milk products. This digestion difficulty can cause stomach cramps and diarrhea, among other symptoms. But many people who report discomfort after consuming dairy products haven’t been formally tested for the condition, making it difficult to know how many meet the clinical standards for lactose-intolerance, Gardner said.

Although many strategies for coping with the condition exist — taking lactase enzyme tablets, choosing lactose-free foods — none of them fully eliminates the problem. In recent years, proponents of raw milk have cited examples of lactose-intolerant people who were able to drink raw milk without consequences. Some raw-milk producers claim that because the product isn’t pasteurized, it contains “good” bacteria that can increase lactose absorption.

“When I heard that claim it didn’t make sense to me because, regardless of the bacteria, raw milk and pasteurized milk have the same amount of lactose in them,” Gardner said. “But I liked the idea of taking this on since it seemed like a relatively straightforward and answerable question because the symptoms of lactose-intolerance are immediate. If drinking milk makes you uncomfortable, you will know within two hours. You either have cramps and diarrhea or you don’t.”

For the pilot study, Gardner’s team recruited 16 participants who were tested to confirm their lactose-intolerant status. The test measures the amount of hydrogen in a person’s breath after drinking a beverage that contains lactose. Higher levels of hydrogen, as set by a National Institutes of Health panel, are present when undigested lactose ferments in the colon, which occurs for “malabsorbers.” (Of the 63 potential study participants who reported having mild to moderate symptoms and who were screened, only 43 percent actually met the malabsorption standard, Gardner noted.)

The trial had a “crossover” design, meaning the participants each consumed three different types of milk during the course of the study: pasteurized milk, raw milk and soy milk, which doesn’t have lactose and served as a control. “The crossover design is really compelling because it means each participant can evaluate their symptoms in the same way as they drink the different kinds of milk,” Gardner said.

The participants were randomly assigned the order in which to consume the different milks, which were provided in unlabeled containers. Additionally, small amounts of sugar-free vanilla syrup were added to all three milks to make it more difficult for the participants to know which one they were drinking.

For eight days, the participants consumed one type of milk, with the quantities increasing between days two (4 ounces of milk) and seven (24 ounces). On the first and eighth days, they consumed 16 ounces of milk and underwent breath tests days to gauge the amount of hydrogen they were exhaling. They had the option of consuming none or a smaller portion of the milk on any of the days if their symptoms became too severe. After a one-week clearing-out period in which they consumed no milk products, the participants repeated the process for the two other types of milk.

The participants were also given a log in which to record the severity of four symptoms — gas, diarrhea, audible bowel sounds and abdominal cramping — on a scale of 0 to 10, with 10 being the most severe.

The participants also didn’t notice a difference in the severity of their symptoms when drinking raw versus pasteurized milk. Unsurprisingly, they reported the most discomfort on the seventh day of two portions of the trial when they consumed the largest amount — 24 ounces in one sitting — of either raw or pasteurized milk. In rating their symptoms on the 0-to-10 scale, the participants put their discomfort levels at an average of 4 when drinking the most of both types of dairy milk.

In the final tally, Gardner noted that 13 of the 16 participants were willing to drink the full 24 ounces of both raw milk and pasteurized milk. “I was stunned that so many of them tolerated that much milk because these were people who are clinically lactose-intolerant,” he said.

Irene Gabashvili of Sunnyvale, Calif., said she happily volunteered for the trial. She remembers drinking raw milk as a young girl at her grandmother’s farm, but said that in her 30s she began developing discomfort when she drank milk.

“By participating in this trial, I realized that milk is everywhere — it’s in salad dressing, it’s even in bread,” Gabashvili said. She used to purchase lactose-free products, but has since stopped because she found she liked soy milk after drinking it during the trial and she also discovered she could tolerate small amounts of pasteurized milk.

Although the number of participants was small, Gardner said the pilot study is a solid first step and provides meaningful evidence that could be pursued in a larger trial. He said future studies should note that the participants were willing to tolerate the discomforts of drinking milk for eight days, which he believed was long enough to determine whether their digestive systems adapted to the additional bacteria in raw milk.

“We brought in focus groups of lactose-intolerant people to get feedback before we started the study, and they said they would be willing to put up with the symptoms for about a week, so I doubt if other researchers could find people who would be willing to do it for a year, but they might be able to get them to try it for two weeks,” Gardner said.