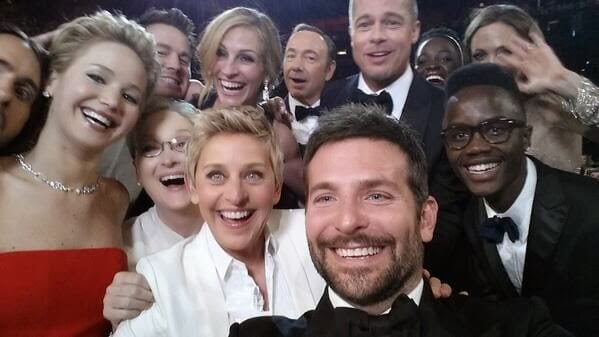 When it comes to Oscars and some other Hollywood movie awards, who your friends are affects whether you win, according to a new study.

“Sociological theory suggests that the process of ‘making it’ in any field depends not only on individual merit, but also on the kind of audience that makes the judgments,” said co-author Paul D. Allison, a sociology professor at the University of Pennsylvania. “Specifically, our study found that peers are more likely to favor award candidates who are highly embedded in the field, whereas critics will not show such favoritism.”

Titled, “Insiders, Outsiders, and the Struggle for Consecration in Cultural Fields: A Core-Periphery Perspective,” the study by Allison and his co-researchers Gino Cattani, of New York University, and Simone Ferriani, of the University of Bologna, is scheduled to appear in the April issue of the American Sociological Review and has already been published online.

Film awards generally fall into two categories: those, such as the Oscars, given by “peers” who are actively engaged in making movies and those given by “critics” who review movies for newspapers, magazines, or other media outlets.

The research showed that awards given by peers more often go to people who are heavily embedded in the “core” of the social network. These core members have many social ties to others in the film industry.

Critics, on the other hand, show no favoritism toward core members and may even prefer those on the periphery of the industry.

“These patterns persisted even after taking into account other factors that influence who gets awards,” said Allison.

The researchers used data from the Internet Movie Database (IMdb) and Alan Goble Film Index covering many different awards and nominations given to actors, directors, screenwriters, and others over a 12-year period between 1992 and 2004.

While the study focused on the film industry, the researchers believe their findings may be useful outside of Hollywood.

“From a policy perspective the study offers insights that could inspire a reorientation of the criteria used to allocate symbolic (e.g., awards) and/or material (e.g., grants) resources,” the researchers said. “This could be accomplished by, for instance, making sure that the composition of government agencies (e.g., National Institutes of Health, National Science Foundation, etc.) responsible for promoting science or art through research programs and education projects reflects the views of multiple (both academic and non-academic) audiences so as to reduce the risk that the work of peripheral actors might be ignored.”