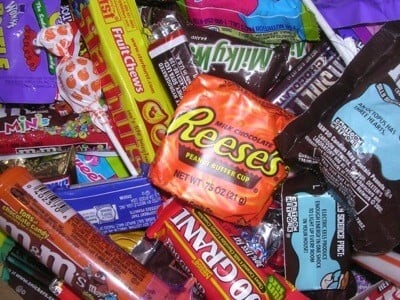 Scientists from the Monell Chemical Senses Center have found that children who most prefer high levels of sweet tastes also most prefer high levels of salt taste and that, in general, children prefer sweeter and saltier tastes than do adults. These preferences relate not only to food intake but also to measures of growth and can have important implications for efforts to change children’s diets.

Many illnesses of modern society are related to poor food choices. Because children consume far more sugar and salt than recommended, which contributes to poor health, understanding the biology behind children’s preferences for these tastes is a crucial first step to reducing their intake.

“Our research shows that the liking of salty and sweet tastes reflects in part the biology of the child,” said study lead author Julie Mennella, PhD, a biopsychologist at Monell. Biology predisposes us to like and consume calorie-rich sweet foods and sodium-rich salty foods, and this is especially true for children. “Growing children’s heightened preferences for sweet and salty tastes make them more vulnerable to the modern diet, which differs from the diet of our past, when salt and sugars were once rare and expensive commodities.”

In the study, published online at PLOS ONE, Mennella and colleagues tested 108 children between 5 and 10 years old, and their mothers, for salt and sweet taste preferences. The same testing method was used for both children and their mothers, who tasted broth and crackers that varied in salt content, and sugar water and jellies that varied in sugar content. The method, developed by Mennella and her colleagues at Monell, scientifically determines taste preferences, even for very young children, by having them compare two different levels of a taste, pick their favorite, and then compare that favorite with another, over and again until the most favorite is identified.

Mennella and colleagues also had mothers and children list foods and beverages they consumed in the past 24 hours, from which daily sodium, calorie, and added sugar intakes were estimated. Subjects then gave a saliva sample, which was genotyped for a sweet receptor gene, and a urine sample to measure levels of Ntx, a marker for bone growth. Weight, height, and percent body fat were measured for all subjects.

Analyses of all these data showed that not only were sweet and salty preferences correlated in children, and higher overall than those in adults, but also children’s taste preferences related to measures of growth and development: children who were tall for their age preferred sweeter solutions, and children with higher amounts of body fat preferred saltier soups. There was also some indication that higher sweet liking related to spurts in bone growth, but that result needs confirmation in a larger group of children.

Sweet and salty preferences were correlated in adults as well. And in adults, but not in children, sweet receptor genotype was related to the most preferred level of sweetness. “There are inborn genetic differences that affect the liking for sweet by adults,” says collaborator Danielle Reed, PhD, “but for children, other factors – perhaps the current state of growth – are stronger influences than genetics.”

Both children and adults who preferred higher levels of salt in food also reported consuming more dietary salt in the past 24 hours, but no such relationship was found between sweet preferences and sugar intake. This difference may reflect parents exerting greater control in their children’s diet for added sugar than for added salt. Or it could reflect increased use of non-nutritive sweeteners in foods geared for children – in other words, the sweetness of some foods doesn’t reflect their sugar content.

Current intakes of sodium and added sugars among US children are well in excess of recommendations. For almost all 2- to 8-year-olds, added sugars account for more than half of their discretionary calories (130 total discretionary calories are allowed for children of this age). For 4- to 13-year-olds, sodium intake is more than twice adequate levels (1200-1500 mg/day is allowed for children of this age). The children studied by Mennella and colleagues, two-thirds of whom were overweight or obese, also consumed twice adequate levels of sodium, and their added sugar intake averaged almost 20 teaspoons, or 300 calories, each day.

Guidelines from leading authorities, including the World Health Organization, American Heart Association, U.S. Department of Agriculture, and Institute of Medicine, recommend significantly cutting sugar and salt intake for children, but this can be a daunting task. Commenting on the implications of her research, lead author Mennella noted, “The present findings reveal that the struggle parents have in modifying their children’s diets to comply with recommendations appears to have a biological basis.”

Understanding the basic biology that drives the desire for sweet and salty tastes in children illustrates their vulnerability to the current food environment. But on a positive note, Mennella observed, “it also paves the way toward developing more insightful and informed strategies for promoting healthy eating that meet the particular needs of growing children.”