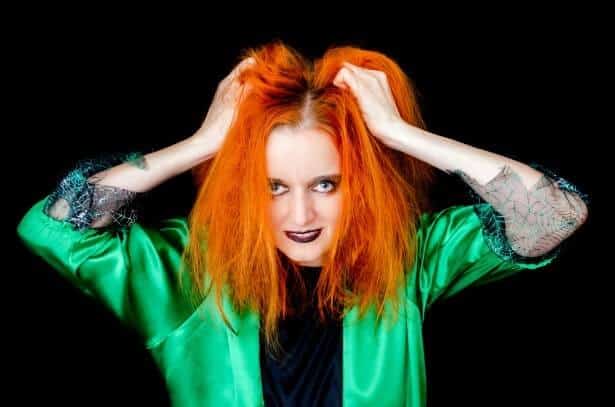 A new study of math anxiety shows how some people may be at greater risk to fear math not only because of negative experiences, but also because of genetic risks related to both general anxiety and math skills.

The study, which examined how fraternal and identical twins differ on measures of math anxiety, provides a revised view on why some children – and adults – may develop a fear of math that makes it more difficult for them to solve math problems and succeed in school.

“We found that math anxiety taps into genetic predispositions in two ways: people’s cognitive performance on math and their tendency toward anxiety,” said Zhe Wang, lead author of the study and postdoctoral researcher in psychology at The Ohio State University.

The results don’t mean that math anxiety can be blamed solely or even mostly on genetic factors, the researchers emphasized. In this study, genetic factors explained about 40 percent of the individual differences in math anxiety. Much of the rest was explained by the different environments — in the school, in the home and elsewhere — that the twins experienced.

But the findings do suggest that we can’t say that classroom quality, aspects of the home, or other environmental factors are the only reasons why people differ in how they experience math

“Genetic factors may exacerbate or reduce the risk of doing poorly at math,” said Stephen Petrill, professor of psychology at Ohio State, and the principal investigator of the study.

“If you have these genetic risk factors for math anxiety and then you have negative experiences in math classes, it may make learning that much harder. It is something we need to account for when we’re considering interventions for those who need help in math.”

The study appears online in the Journal of Child Psychology and Psychiatry and will be published in a future print edition.

The study included 216 identical twins and 298 same-sex fraternal twins who participated in the Western Reserve Reading and Math Projects, an ongoing long-term study of twins in Ohio.

Children entered the project in kindergarten or first grade and were assessed in up to eight home visits. This study included data from the last two home visits, when the twins were between about 9 and 15 years old.

All of the twins completed assessments of math anxiety, general anxiety, math problem solving and reading comprehension. The researchers used statistical tools to see how these various measures of anxiety and math and reading ability were related between fraternal twins and between identical twins. That allowed them to make conclusions about how differences in math anxiety could be explained by genetic factors and how much could be explained by differences in the environments the twins encountered at home, at school and elsewhere.

Petrill said it is important to study anxiety as it applies to how well children learn math.

“You say the word ‘math’ and some people actually cringe,” he said. “It is not like learning how to read, in which people don’t normally have any general anxiety unless they have some kind of difficulty.”

And anxiety can have a profound effect on learning, Wang added. Fear can make it difficult for people to further develop even the math skills that they already have.

“If you’re anxious, it is often harder to solve problems. The anxiety response actually inhibits some people’s ability. We have to help children learn to regulate their emotions so that the anxiety doesn’t keep them from achieving their best in math,” Wang said.

But one issue was that, before this study, researchers didn’t have a clear idea of how important the genetic component of math anxiety is in children and how it originates: Is it because of a lack of actual math skills — such as problem solving and ability to do calculations — or is it related to a person’s predisposition to anxiety?

“We found here that it is both: Math anxiety is related to both the cognitive side and the affective side of general anxiety,” Petrill said.

This may result in a downward spiraling process in which these genetic risks to anxiety and poor math performance work with environmental influences to lead to math anxiety. This may leads to further problems in math performance, which exacerbates the math anxiety symptoms.

Petrill said interventions to help people suffering from math anxiety may have to account for both genetic and environmental factors.

He said his research group is currently using EEGs to measure real-time brain activity associated with the anxiety responses during math and non-math problem solving.

“If we can get a better idea of what provokes this anxiety response, we may be able to develop a better intervention for those with math anxiety,” he said.