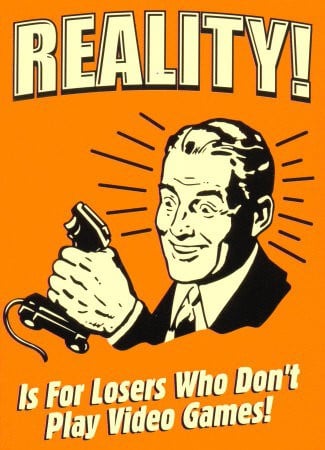 What happens when white video game players see themselves as black characters in a violent game?

A new study suggests some disturbing answers: It makes the white players act more aggressively after the game is over, have stronger explicit negative attitudes toward blacks and display stronger implicit attitudes linking blacks to weapons.

These results are the first to link avatar race in violent video games to later aggression, saidBrad Bushman, co-author of the study and professor of communication and psychology at The Ohio State University.

And it raises another troubling impact that violent video games can have on players, he said.

“We found there are real consequences to having these stereotypes – it can lead to more aggressive behavior.”

The results appear online in the journal Social Psychological and Personality Science and will be published in a future print edition.

The study involved two related experiments. In the first, 126 white university students (60 percent males) played the violent game Saints Row 2.  They were randomly assigned to play the game either as a black or white male avatar.

Before the participants arrived, the researchers set up the game with the black or white avatar and rotated the game view so that the avatar was visible to the participant when he or she started playing.

The participants were assigned to play with a violent goal (break out of prison) or a nonviolent goal (find a chapel somewhere in the city without harming others).

But the negative attitudes weren’t just explicit. All participants took theImplicit Association Test (IAT), which is designed to reveal unconscious bias.  During this test, researchers measure how quickly participants link a white or black face with a “good” word (joy, love, peace) or a “bad” word (terrible, horrible, evil). If it takes a participant longer to link a black face to good words than it does to link a white face, then that is considered showing more negative attitudes toward blacks.

Results showed that participants who played the violent version of the game as a black avatar were more likely to associate black faces with negative words on the IAT than were those who played as a white avatar.

“The media have the power to perpetuate the stereotype that blacks are violent, and this is certainly seen in video games,” Bushman said.

“This violent stereotype may be more prevalent in video games than in any other form of media because being a black character in a video game is almost synonymous with being a violent character.”

This stereotype can affect people’s actions, as found in the second experiment.

In this study, 141 white college students (65 percent female) played one of two violent games: WWE Smackdown vs. RAW 2010 or Fight Night Round 4.  These games both used a third-person perspective, allowing the player to see his or her avatar’s race throughout the game.

Again, participants were assigned to play as a black or a white avatar. After playing, the participants completed another version of the IAT, which took an implicit measure of the stereotype that blacks are violent.  In this version, photos of black and white male and female faces were paired with photos of weapons or harmless objects like a cell phone or camera.

But this study went further by finding that participants who played a violent game as a black avatar acted more aggressively against a partner than did those who played as a white avatar.

This part of the study involved a test that researchers have used since 1999 to measure aggression. Participants had the opportunity to force an unseen partner (who didn’t actually exist) to eat hot sauce after the partner revealed that he or she strongly disliked spicy food.

In a statistical analysis, Bushman found that participants’ implicit attitudes that blacks are violent was linked to their actual aggressive behavior after the game was turned off.

“This suggests that playing a violent video game as a black avatar strengthens players’ attitudes that blacks are violent, which then influences them to behave more aggressively afterward,” he said.

Bushman noted that this study shows that it doesn’t always help white people to take the perspective of a black person.

“Usually, taking the perspective of a minority person is seen as a good thing, as a way to evoke empathy,” Bushman said.  “But if white people are fed a media diet that shows blacks as violent, they don’t have a realistic view of black people.  It isn’t good to put yourself in the shoes of a murderer, as you do in many of these violent games.”

Bushman conducted the study with Grace S. Yang and L. Rowell Huesmann of the University of Michigan and Bryan Gibson and Adam K. Leuke of Central Michigan University.

1 thought on “Videogame avatars: Whites act more aggressively after they play as black”