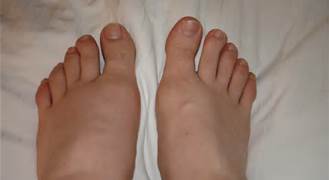 In a recently to be published study in Annals of the Rheumatic Diseases, researchers have found the use of the drug allopurinol was associated with a reduced risk of death in hyperuricemic (gout) patients. The study, the first in a general population, has found the overall benefit of allopurinol on survival may outweigh the impact of rare serious adverse effects.

Researchers from the Section of Rheumatology and Clinical Epidemiology at Boston University School of Medicine (BUSM) contributed to this study.

Gout has been associated with an increased risk of premature death. Allopurinol is the most commonly used urate-lowering medication for this condition but is not without possible side effects. According to the researchers, a rare but potentially fatal adverse reaction affects approximately 1 in 260 allopurinol users and has led to reluctance among some physicians to prescribe this drug despite its potential benefits.

Using The Health Improvement Network database, which contains computerized medical records entered by general practitioners in the United Kingdom, the researchers evaluated the effect of starting allopurinol on the risk of death, among patients who had high uric acid (a blood marker for gout), and those who were diagnosed with gout. They identified 5,927 people who started allopurinol, and used advanced statistical methods to identify the same number of control patients who had similar baseline characteristics, to assure the two groups were comparable. All subjects were followed until they died, or the end of the study period.

“We found that allopurinol initiation was associated with an 11 percent lower risk of all-cause mortality compared with non-initiators in hyperuricemic patients, and a 19 percent lower risk of mortality in gout patients,” explained lead author Maureen Dubreuil, MD, an instructor of medicine at BUSM. “These risk reductions were apparent from the first year and throughout the subsequent years of follow-up,” she added.

According to Dubreuil this research is important because it shows that treatment with allopurinol may not only treat gout, but it may protect gout patients from premature death.