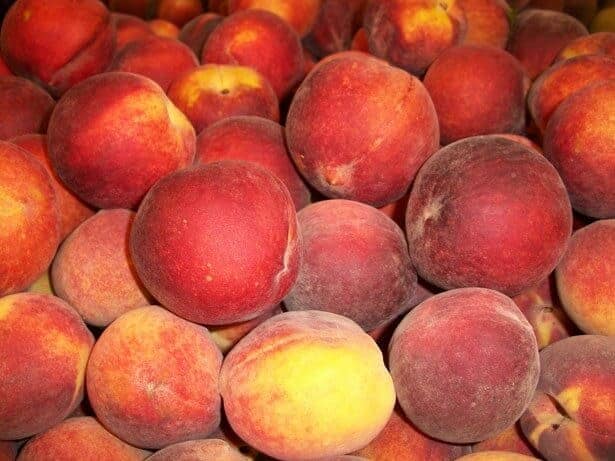 AgriLife Research scientists say that the mixture of phenolic compounds present in the peach extract are responsible for the inhibition of metastasis, according to the study, which was this month published in the Journal of Nutritional Biochemistry.

“Cancer cells were implanted under the skin of mice with an aggressive type of breast cancer cells, the MDA-MB-435, and what we saw was an inhibition of a marker gene in the lungs after a few weeks indicating an inhibition of metastasis when the mice were consuming the peach extract,” said Dr. Luis Cisneros-Zevallos, a food scientist for AgriLife Research in College Station. “Furthermore, after determining the dose necessary to see the effects in mice, it was calculated that for humans it would be equivalent to consuming two to three peaches per day.”

This is very important because it can be translated into something that is also beneficial for people, he added.

This work builds upon previous work at AgriLife Research released a few years ago, which showed that peach and plum polyphenols selectively killed aggressive breast cancer cells and not the normal ones, Cisneros-Zavallos said.

The previous work as well as the present one was conducted by Cisneros-Zevallos, Dr. David Byrne, both with AgriLife Research; Dr. Weston Porter, Texas A&M University department of veterinary physiology and pharmacology; and then-graduate student Giuliana Noratto, who is now on the faculty at Washington State University.

In the western hemisphere, breast cancer is the most common malignant disease for women, he said. In the U.S. last year, the American Cancer Society estimated about 232,340 new cases of invasive breast cancer among women.

Most of the complications and high mortality associated with breast cancer are due to metastasis, Cisneros-Zevallos pointed out.

“The importance of our findings are very relevant, because it shows in vivo the effect that natural compounds, in this case the phenolic compounds in peach, have against breast cancer and metastasis. It gives opportunity to include in the diet an additional tool to prevent and fight this terrible disease that affects so many people,” he said.

The study was conducted using the peach variety Rich Lady. However, according to Cisneros-Zevallos, most peach fruit share similar polyphenolic compounds but might differ in content. The study also determined that the underlying mechanism by which peach polyphenols are inhibiting metastasis would be by targeting and modulating the gene expression of metalloproteinases.

“In general, peach fruit has chemical compounds that are responsible for killing cancer cells while not affecting normal cells as we reported previously, and now we are seeing that this mixture of compounds can inhibit metastasis,” said Cisneros-Zevallos. “We are enthusiastic about the idea that perhaps by consuming only two to three peaches a day we can obtain similar effects in humans. However, this will have to be the next step in the study for its confirmation.”

Cisneros-Zevallos continues testing these extracts and compounds in different types of cancer as well as in diabetes studies in vitro and in vivo to understand the molecular mechanisms involved.