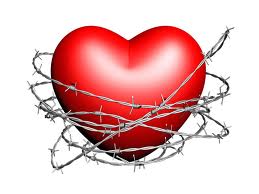 Dramatic spikes in cases of Takotsubo cardiomyopathy, also called broken heart syndrome, were found in two states after major natural disasters, suggesting the stress of disasters as a likely trigger, according to research to be presented at the American College of Cardiology’s 63rd Annual Scientific Session. Authors call for greater awareness among emergency department physicians and other first responders.

Takotsubo cardiomyopathy, or broken heart syndrome, is a disorder characterized by a temporary enlargement and weakening of the heart muscle, which is often triggered by extreme physical or emotional stress – for example, being in a car accident or losing a child or spouse. Previous international studies have also linked broken heart syndrome to natural disasters, including the 2004 earthquake in Japan. This is the first U.S. study to examine the geographic distribution of the condition in relation to such catastrophes.

Researchers at the University of Arkansas identified 21,748 patients diagnosed with primary cases of broken heart syndrome in 2011 using a nationwide hospital discharge database. After mapping the cases by state, Vermont and Missouri emerged as having the highest rate of cases, with 380 cases per million residents in Vermont and 169 per million in Missouri. Most states had fewer than 150 cases per million residents. New Hampshire and Hawaii had the lowest rate of the disease that year.

The rate of broken heart cases in Vermont in 2011 was more than double most other states. This was the same year that Tropical Storm Irene pummeled the state with heavy rain and wind, causing the most devastation Vermont has experienced since the Great Flood of 1927. Similarly, researchers found broken heart syndrome at a rate of 169 cases per million in Missouri in 2011, the same year a massive tornado ripped through Joplin, Mo., demolishing neighborhoods and killing at least 158 people.

“Despite the seemingly increasing number of natural disasters we have, there is limited data about how it might affect the heart,” said Sadip Pant, M.D., internist at the University of Arkansas for Medical Sciences, and lead investigator of the study. “Our findings suggest two disasters, one in Vermont and one in Missouri, might have been possible triggers for the clustering of Takotsubo cardiomyopathy cases in these regions.”

Patients with broken heart syndrome often complain of chest pain and shortness of breath, symptoms that mimic those of a heart attack, which can delay diagnosis. In addition, biomarkers in the blood and changes on electrocardiogram can raise suspicions of possible heart attack. While broken heart syndrome typically resolves within a month or two, in the acute scenario it can result in serious complications such as heart failure, life-threatening arrhythmias and stroke. Previous studies by the same group found that as many as one in four patients with broken heart syndrome have some form of arrhythmia and 1 to 7 percent suffer cardiac arrest. Many patients are diagnosed in the cath lab when doctors see there are no blockages in the artery, or imaging reveals changes in the shape of the heart that are characteristic of broken heart syndrome.

“By and large, it is a very reversible form of cardiomyopathy, but in the acute phase these patients need to be monitored closely to be sure they are stable and to prevent and manage problems,” Pant said, adding that the impetus for the study was the increasing number of cases and a desire to find out what might trigger clusters of broken heart syndrome. “It’s also something that emergency doctors and medical personnel need to be aware of as they are often on the frontlines seeing patients after disaster strikes.”

Episodes are thought to be driven by the sympathetic response and surges of adrenaline in the body, similar to the well-known fight-or-flight reaction. This leads to depressed function of the apex and middle segment of the heart and increased contractility of the base producing a balloon-like appearance.

“It’s a perfect example of our brain-heart connection,” Pant said. “The emotional stress we have in our brain can lead to responses in the heart, and not much is known about this condition.”

Of course everyone’s threshold for stress is different. There were other natural disasters in 2011. Pant said that because these events occur more frequently in some parts of the country, residents in these regions may have adapted to and experienced less stress during such occurrences; whereas in places like Vermont, where natural disasters are relatively rare, people may be more susceptible to extreme stress when a disaster hits particularly hard.

Hospital admissions for broken heart syndrome have been on the rise, but it is unknown whether the growing numbers are due to clinicians being more aware of the condition, especially since a reimbursement billing code was established for it in 2006, or if there is a true increase in its incidence. Either way, Pant says it is important to identify potential triggers.

Takotsubo cardiomyopathy got its name because the abnormal shape of the heart resembles a Japanese octopus fishing pot (tako=octopus, tsubo=pot). Pant says more research is needed to further explore the pathophysiological basis and management of this disease.