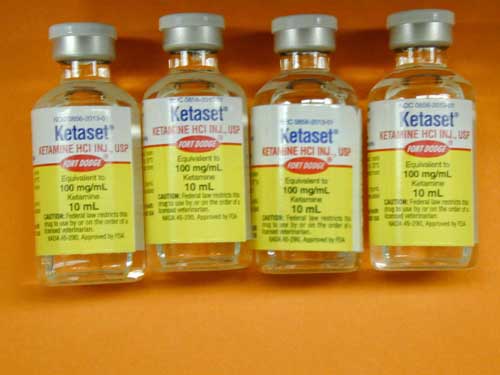 In patients with treatment resistant depression who were experiencing suicidal thoughts, experts at Baylor College of Medicine and the Michael E. DeBakey Veterans Affairs Medical Center found that a low dose of the anesthetic ketamine helped to rapidly relieve those thoughts. Their report appears this week in the journal Depression and Anxiety.

In the randomized, double-blind control trial, the control group received midazolam, a short-acting anesthetic medication usually used to produce drowsiness and reduce anxiety before surgery. The second group received a single 40-minute infusion of ketamine. Researchers found that 53 percent of the patients in the ketamine group scored zero on measurements of suicide, while only about half that in the placebo group scored zero.

Researchers found it was a fast effect that manifested one day after the ketamine infusion and for some patients, persisted for a week or longer. It was especially effective in patients with a higher severity of suicidal thoughts.

“It’s an interesting finding,” said Dr. Sanjay Mathew, associate professor in the Menninger Department of Psychiatry and Behavioral Sciences at Baylor and a psychiatrist at DeBakey VA Medical Center, who is senior author of the paper. “We don’t know how specific the ketamine effect is on suicide as opposed to its effect on depression. We know that there were robust effects on depression, and it appears that that the reductions in depression mediated the improvement in suicide. So what’s left unanswered is whether this has a suicide-specific effect or is this driven entirely by the overall improvements in mood.”

Mathew notes that currently, there are no FDA approved medications for suicidality in depressed individuals, and no antidepressant has ever been shown to be effective for reducing suicide in depression.

“It’s a huge unmet need in the field,” he said.

This is the first of many steps in the research on ketamine as a potential treatment for suicidal patients, Mathew said. The next step will be a multi-center trial that will study the effects of ketamine on suicidal individuals in the emergency room setting.

Mathew also notes that the findings have prompted the pharmaceutical industry to explore the use of ketamine in more detail. He and colleagues will work with a pharmaceutical company to study intranasal ketamine in the emergency room setting for suicidal depressed individuals. They hope to see if this could not only dramatically decrease suicide in the ER but also decrease the number of hospitalized days and improve overall outcomes.

Funding for this study came from the National Institutes of Health (NIH)/National Institute of Mental Health (NIMH) grant RO1MH081870, UL1TR000067 from the NIH National Center for Advancing Translational Sciences, Department of Veterans Affairs, and a NARSAD Independent Investigator Award.