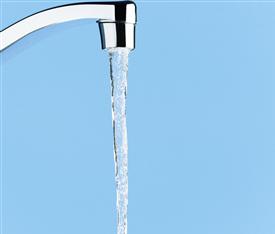 In the more than two months since the Jan. 9 chemical spill into West Virginia’s Elk River, new findings reveal the nature of the chemicals that were released into the water and then into the air in residents’ houses.

“Based on our increasing understanding of the chemicals involved in the water crisis, the complexities and implications of the spill keep growing,” said Andrea Dietrich, professor of civil and environmental engineering at Virginia Tech. “People are still afraid to drink the water; odors persist in schools, residences, and businesses; data are still lacking for the properties of the mixture of chemicals in the crude MCHM that spilled.“

The lack of data motivated Dietrich and her research team to take on essential odor-related research that went beyond their National Science Foundation Rapid Response Research grant to better understand the properties of the chemical mixture called crude 4-methylcyclohexane methanol, the major component in the crude mix of the spilled chemicals into the Elk River. It is used in the separation and cleaning of coal products.

Rapid Response grants are the agency’s funding mechanism when a severe urgency exists in terms of the availability of data.

When Dietrich’s team first started, their goal was to conduct detailed scientific investigations to determine the long-term fate of the chemicals in the drinking water distribution system and in the environment. The spill had occurred upstream from the West Virginia America Water intake, treatment, and distribution center. Some 300,000 residents were affected, losing their access to potable water. The continued plight of West Virginia living day-to-day with the contaminant’s licorice odor resulted in Dietrich’s team unraveling the odor threshold problem.

As the ban was lifted on drinking water use, Virginia Tech researchers gathered their data and they realized that West Virginians were still complaining of an odor in their homes and in the environment.

“Like for many contaminants in water, chemicals leave the water and enter the breathing air, so that inhalation becomes a route for human exposure as well as drinking the water,” stated Daniel Gallagher,  also a faculty member in Virginia Tech’s Via Department of Civil and Environmental Engineering and a member of the research team.

The Virginia Tech researchers were able to pinpoint the concentrations of contaminants in the air that residents can detect because they have specialized equipment, uniquely available in the College of Engineering, but more commonly used in the food, beverage, and fragrance industries. Called olfactory gas chromatography, it allows the investigators to independently measure the concentrations and odors of the two isomers found in the 4-methylcyclohexane methanol.

This specific cyclohexane “consists of two isomers, a cis- and a trans- methylcyclohexane methanol. The isomers have the same chemical formula but a very slight shape difference that for many isomers, can have enormous effects on the physical, chemical, and biological properties. Only the trans isomer has the characteristic licorice-like odor. The cis isomer is significantly less odorous and has different descriptors,” Dietrich explained.

This is more than a hundred times lower than the one part per million health guideline recommended by the Center for Disease Control. Thus, the odor of MCHM is readily detectable even when the water concentration water meets the health guideline level.

This relationship now needs to be further understood through additional data collection and research.

An “important implication of the findings,” Dietrich said “is the critical need to independently measure the concentrations of the cis and the trans isomers, as was done in this study and is being done at the Virginia Tech labs. “The licorice odor will be proportional to the amount of the trans isomer, not the total amount of methylcyclohexane methanol. While there may be a tendency to measure ‘total methylcyclohexane methanol’, this could lead to misleading interpretations.”

“After our research protocol for human subjects received approval in February, we logged hundreds of hours of research that all boiled down to one number – the odor threshold for trans methylcyclohexane methanol. It is amazing we accomplished so much so fast; we were committed to do this for the people of West Virginia and the research community,” Dietrich said.

Of all the human senses, odor has been the most difficult to scientifically explain. Just ten years ago, Linda Buck and Richard Axel were awarded the Nobel Prize in Medicine for being the first to decipher the genes that determine the sense of smell.

Dietrich is an expert on water quality and treatment, as well as its taste and odor assessment. Several years ago, the American Water Works Association and Research Foundation sponsored Dietrich to travel around the U.S. to educate utility staff and managers on how to use sensory analysis to detect changes in water quality. She is also a co-developer of three odor-testing methods for the daily monitoring of raw and untreated water. She is the current chair of the International Water Associations’ Specialty Group for Off-Flavors in the Aquatic Environment; she travels internationally to speak and train on detecting tastes and odors in drinking water.