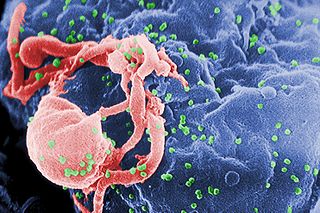 Researchers at the University of Texas Medical Branch at Galveston by growing vaginal skin cells outside the body and studying the way they interact with “good and bad” bacteria, think they may be able to better identify the good bacteria that protect women from HIV infection and other sexually transmitted infections.

The health of the human vagina depends on a symbiotic/mutually beneficial relationship with “good” bacteria that live on its surface feeding on products produced by vaginal skin cells. These good bacteria, in turn, create a physical and chemical barrier to bad bacteria and viruses including HIV.

A publication released today from a team of scientists representing multiple disciplines at UTMB and the Oak Crest Institute of Science in Pasadena, Calif., reports a new method for studying the relationship between the skin cells and the “good” bacteria.

The researchers are the first to grow human vaginal skin cells in a dish in a manner that creates surfaces that support colonization by the complex good and bad communities of bacteria collected from women during routine gynecological exams. The bacteria communities have never before been successfully grown outside a human.

The research group led by Richard Pyles at UTMB reports in the journal PLOS One that by using this model of the human vagina, they discovered that certain bacterial communities alter the way HIV infects and replicates. Their laboratory model will allow careful and controlled evaluation of the complex community of bacteria to ultimately identify those species that weaken the defenses against HIV. Pyles also indicated that this model “will provide the opportunity to study the way that these mixed species bacterial communities change the activity of vaginal applicants including over-the-counter products like douches and prescription medications and contraceptives. These types of studies are very difficult or even impossible to complete in women who are participating in clinical trials.”

In fact, the team’s report documented the potential for their system to better evaluate current and future antimicrobial drugs in terms of how they interact with “good and bad” bacteria. In their current studies a bacterial community associated with a symptomatic condition called bacterial vaginosis substantially reduced the antiviral activity of one of the leading anti-HIV medicines.

Conversely, vaginal surfaces occupied by healthy bacteria and treated with the antiviral produced significantly less HIV than those vaginal surfaces without bacteria treated with the same antiviral. Dr. Marc Baum, the lead scientist at Oak Crest and co-author of the work, stated “this model is unique as it faithfully recreates the vaginal environment ex vivo, both in terms of the host cellular physiology and the associated complex vaginal microbiomes that could not previously be cultured. I believe it will be of immense value in the study of sexually transmitted infections.”

1 thought on “Researchers identify good bacteria that protects against HIV”