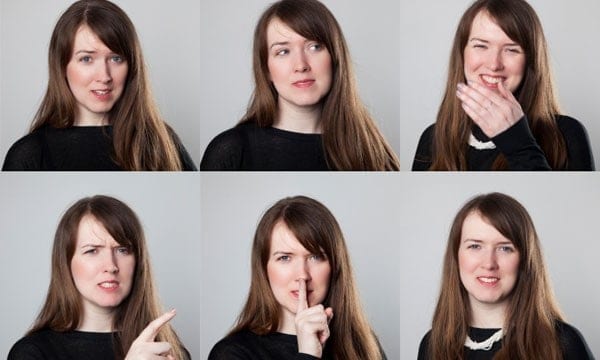 Making a snap decision usually means following your initial reaction — going with your gut. That intuitive feeling sprouts from the limbic system, the evolutionarily older and simpler part of the brain that affects emotion, behavior and motivation.

But during adolescence, the limbic system connects and communicates with the rest of the brain differently than it does during adulthood, leaving many adolescents vulnerable to riskier behaviors, according to Duke University researchers.

“We know adolescence is a time of profound social change. It’s also a profound time for risk-taking — a time period when peer influence is more important,” said Kevin LaBar, a professor in the Duke Center for Cognitive Neuroscience. “This is when we start establishing independent relationships with adults, and some of those relationships are going to be influenced by how trustworthy those people are. It’s important in these relationships to evaluate who you can and can’t trust.”

To date, there has been significant research into how the adult brain processes and judges trustworthiness, said LaBar, who is also a member of the Duke Institute for Brain Sciences. But few studies look at the adolescent brain’s ability to evaluate trustworthiness.

The study, which appears in the March 2014 Social Cognitive and Affective Neuroscience, examines this capability in adolescent girls, ages 10 to 20. LaBar said boys weren’t included in the study because they mature at a slower rate than girls.

The research team enrolled 43 girls and showed each 34 pictures of adult faces in extremely fast (50-millisecond to 100-millisecond) glimpses while recording their reactions in real time using functional MRI (fMRI) brain scanning. After each flash, the images were immediately scrambled to prevent the girls from developing any lasting visual memory of a face, LaBar said.

After each image, participants rated the face as very untrustworthy, untrustworthy, trustworthy or very trustworthy. The fMRI whole-brain scans recorded where blood flow and oxygen increased in the brain for each picture. Areas of increased activity helped the researchers isolate the regions of the brain responsible for processing social and emotional information from faces.

Based on the fMRI results, the components of the limbic system known as the amygdala (which evaluates negative emotions) and insula (which plays a role in gut-level decision making) were the most active for the faces participants rated as untrustworthy. Among all ages, the right amygdala showed high levels of activity when presented with an untrustworthy face. Other spots within the amygdala and insula also demonstrated increased activity in these instances, peaking among the 13- to 15-year-old participants.

“These heightened responses for untrustworthiness suggest that during this time, girls this age are particularly sensitive to the facial features they feel are untrustworthy,” LaBar said. “We don’t know why. Maybe it’s a post-pubertal hormone change that brings on the heightened response, or maybe they’re more motivated to scan for social threats during this period.”

The fMRI results also revealed that during mid-adolescence, the amygdala, while active, shows reduced connectivity with other parts of the brain involved in facial processing, including the insula and temporal lobe. Rather than these areas working in sync, LaBar said, participants this age experienced enhanced limbic system (emotional and behavioral) responses and a greater disconnection from brain regions that could help regulate responses.

“This disconnect can lead mid-adolescents to process untrustworthiness in different ways,” he said. “If you look at mid-adolescents, they don’t rate trustworthiness the same as adults or younger or older adolescents. There are clearly some changes happening in the mid-adolescent brain in how regions talk to each other, and can lead to behavioral differences in how trust is established.”

These findings contradict the traditional view that social and emotional behavior fluctuations caused by the limbic system even out steadily in later adolescence as the prefrontal cortex — the brain region responsible for cognitive thinking and decision making — develops.

It may be possible, he said, to generalize the findings beyond trustworthiness to other domains, such as intuitions and responses that go beyond the set of faces used in the experiment. In fact, according to LaBar’s co-author, Duke associate professor of psychiatry Nancy Zucker, these results could also have future clinical implications, especially among girls with anorexia nervosa.

This research is part of a larger study into how healthy adolescents and those with anorexia nervosa — an eating disorder characterized by excessive weight loss — use signals from their bodies to guide their decisions.

“Anorexia nervosa principally onsets during adolescence, with 14- to 15-years-old being one of the peak periods,” said Zucker, who is also a faculty member of the Duke Institute for Brain Sciences. “If the state of the body is uncoupled from what is important to us, then this period may be a ‘window of opportunity’ for those with anorexia nervosa to engage in behaviors that are starkly in contrast to the body’s need.”

This study’s findings could help design prevention and treatment interventions that hone in on risky decision-making or help adolescents with mental illness rely more on themselves to make decisions.

“Our ability to use our bodies to guide optimal decisions may go through some risky developmental windows,” Zucker said. “Knowing these periods, we can better educate adolescents about how to maneuver the challenges of adolescence.”