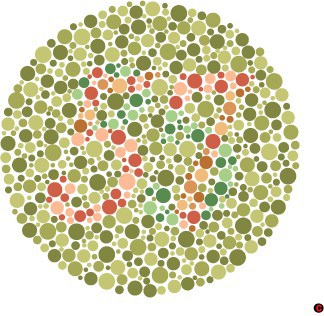 African-Americans have lowest rate of color blindness among young males

The first major study of color blindness in a multi-ethnic group of preschoolers has uncovered that Caucasian male children have the highest prevalence among four major ethnicities, with 1 in 20 testing color blind. Researchers also found that color blindness, or color vision deficiency, in boys is lowest in African-Americans, and confirmed that girls have a much lower prevalence of color blindness than boys. The study will be published online April 3 in Ophthalmology, the journal of the American Academy of Ophthalmology.

Researchers from the Multi-Ethnic Pediatric Eye Disease Study Group tested 4,005 California preschool children age 3 to 6 in Los Angeles and Riverside counties for color blindness. They found the following prevalence by ethnicity for boys:

The prevalence of color blindness in girls measured 0 percent to 0.5 percent for all ethnicities, confirming findings in prior studies. However, the numbers were so low overall for girls that researchers say they cannot statistically compare rates between females among the four ethnicities studied.

While the researchers found that children at the youngest ages could not accurately complete testing, they say the findings suggest that successful color vision screening can begin at age 4. Many times children with color blindness will perform poorly on tests or assignments that employ color coded materials, leading color blind children to be inappropriately classified by ability at school, said the study’s principal investigator Rohit Varma, M.D., chairman of the Department of Ophthalmology at the University of Southern California (USC) Keck School of Medicine and director of the USC Eye Institute.

“It’s not that the child is not smart enough or bright enough, it’s that they see the world a little differently,” Dr. Varma said.

According to Dr. Varma, children with color blindness can benefit from different kinds of lesson plans or homework to demonstrate their understanding of concepts despite their inability to see colors correctly. “That needs to start early on because labeling a child as not smart or bright enough is a huge stigma for the child and causes significant anxiety for the parents and family,” he added.