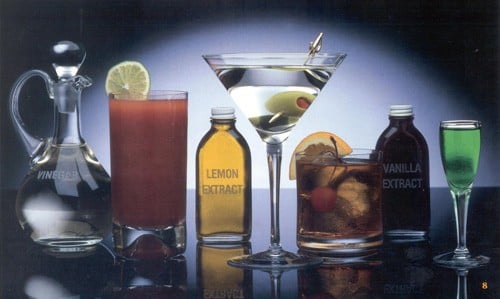 Much has been reported about the potential for increased risk of alcohol misuse after weight loss surgery (WLS), with most theories pointing to lower alcohol tolerance and a longer time to return to a sober state after surgery, but a new study from Beth Israel Deaconess Medical Center suggests that upwards of half of high-risk drinkers are actually less likely to report high-risk drinking behavior after weight loss surgery.

The results appear in the journal, Surgery for Obesity and Related Diseases.

“This is the first study to show that high-risk drinking may actually improve post weight loss surgery,” says lead author and principal investigator Christina Wee, MD, Director of Obesity Research in the Division of General Medicine and Primary Care.

“Given the greater clinical attention being paid to caloric intake and substance abuse issues after WLS, we hypothesized that a subset of high-risk drinkers who undergo WLS may actually experience amelioration of their high-risk drinking,” write the authors.

It turns out they were right.

“So much of the existing literature focuses on increased risk”, says senior author George Blackburn, MD, Director of the Center for Nutrition Medicine. “Even though we expected to see something different with this data, we were still surprised by the findings.”

“It’s possible that previous studies may have missed this positive effect because post-surgery alcohol use wasn’t compared against baseline consumption,” says Wee.

Wee thinks understanding the complete picture can better prepare clinicians to counsel their patients who are considering weight loss surgery and follow up with them after surgery.

“We routinely screen for alcohol misuse as part of routine pre- and post-operative care, with a heavy emphasis on patients who are known to be at risk,” says co-author Dan Jones, MD, Director of BIDMC’s Bariatric Surgery Center. “This study tells us that we can do a better job of screening for and supporting patients who are newly at risk as opposed to only focusing on those who may have had a problem before surgery.”

Wee says more research is necessary to understand why weight loss surgery seems to help some patients improve alcohol misuse, while it increases misuse in others. “We also need to better understand which patients are at highest risk for developing alcohol misuse so that we might better counsel and monitor them.”