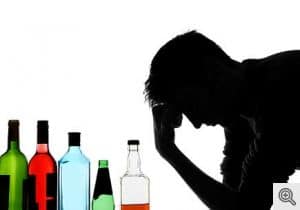 People who are injured while binge drinking are much slower to heal from wounds suffered in car accidents, shootings, fires, etc.

Now a new study is providing insights into why alcohol has such a negative effect on wound healing. Loyola University Chicago Stritch School of Medicine researchers report that binge alcohol exposure significantly reduced levels of key components of the immune system involved in healing.

The study by senior author Katherine A. Radek, PhD, and colleagues from Loyola’s Alcohol Research Program and the Infectious Disease and Immunology Research Institute is published online ahead of print in the journal Alcoholism: Clinical and Experimental Research.

In the United States, alcohol dependence and/or abuse affects 20 percent to 40 percent of hospitalized patients. Alcohol increases the risk of infections in the hospital, including surgical site infections. Patients with surgical-site infections are hospitalized for twice as long, have a higher rate of re-admission and are twice as likely to die as patients who did not binge drink.

The study showed, for the first time, that binge alcohol exposure reduces the amount of white blood cells called macrophages that chew up bacteria and debris. This defect, in part, makes the wound more likely to be infected by bacteria, such as Staphylococcus aureus.

The study also found that binge alcohol exposure impaired the production of a protein that recruits macrophages to the wound site. (This protein is called macrophage inflammatory protein-1 alpha, or MIP-1α.) Binge alcohol also reduced levels of another key component of the immune system known as CRAMP (cathelicidin-related antimicrobial peptide). CRAMP is a type of small protein present in the outermost layer of the skin, the epidermis. These small proteins, called antimicrobial peptides, kill bacteria and recruit macrophages and other immune system cells to the wound site.