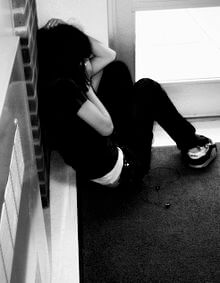 New research has found that a child’s relationships may be a hidden casualty long after a head injury.

Neuroscientists at Brigham Young University studied a group of children three years after each had suffered a traumatic brain injury – most commonly from car accidents. The researchers found that lingering injury in a specific region of the brain predicted the health of the children’s social lives.

“The thing that’s hardest about brain injury is that someone can have significant difficulties but they still look okay,” said Shawn Gale, a neuropsychologist at BYU. “But they have a harder time remembering things and focusing on things as well and that affects the way they interact with other people. Since they look fine, people don’t cut them as much slack as they ought to.”

Gale and Ph.D. student Ashley Levan authored a study to be published April 10 by the Journal of Head Trauma Rehabilitation, the leading publication in the field of rehabilitation. The study compared the children’s social lives and thinking skills with the thickness of the brain’s outer layer in the frontal lobe. The brain measurements came from MRI scans and the social information was gathered from parents on a variety of dimensions, such as their children’s participation in groups, number of friends and amount of time spent with friends.

A second finding from the new study suggests one potential way to help. The BYU scholars found that physical injury and social withdrawal are connected through something called “cognitive proficiency.” Cognitive proficiency is the combination of short-term memory and the brain’s processing speed.

Separate studies on children with ADHD, which also affects the frontal lobes, show that therapy can improve working memory. Gale would like to explore in future research with BYU’s MRI facility if improvements in working memory could “treat” the social difficulties brought on by head injuries.

“This is a preliminary study but we want to go into more of the details about why working memory and processing speed are associated with social functioning and how specific brain structures might be related to improve outcome,” Gale said.