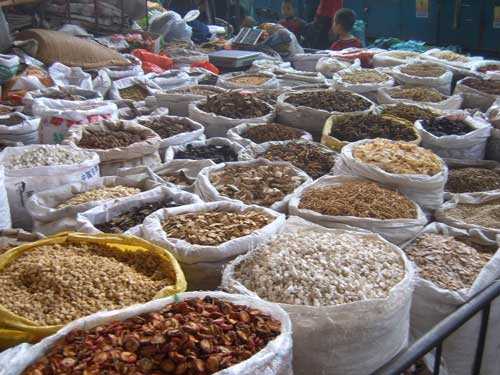 Data from a late-breaking abstract presented at the International Liver CongressTM 2014 identifies a new compound, SBEL1, that has the ability to inhibit hepatitis C virus (HCV) activity in cells at several points in the virus’ lifecycle.[i]

SBEL1 is a compound isolated from Chinese herbal medicines that was found to inhibit HCV activity by approximately 90%. SBEL1 is extracted from a herb found in certain regions of Taiwan and Southern China. In Chinese medicine, it is used to treat sore throats and inflammations. The function of SBEL1 within the plant is unknown and its role and origins are currently being investigated.

In addition, the HCV ribonucleic acid (RNA) levels were significantly reduced by 78 percent in HCV infected cells treated with SBEL1 compared to the control group. This demonstrates that SBEL1 may also affect the viral RNA replication process.

Prof. Markus Peck-Radosavljevic, Secretary-General of the European Association for the Study of the Liver and Associate Professor of Medicine, University of Vienna, Austria, commented: “People infected with hepatitis C are at risk of developing severe liver damage including liver cancer and cirrhosis. In the past, less than 20 percent of all HCV patients were treated because the available treatments were unsuitable due to poor efficacy and high toxicity. Recent advances means that we can now virtually cure HCV without unpleasant side effects. However, the different virus genotypes coupled with the complexity of the disease means there is still a major unmet need to improve options for all populations.”

Professor Peck-Radosavljevic continued: “SBEL1 has demonstrated significant inhibition of HCV at multiple stages of the viral lifecycle, which is an exciting discovery because it allows us to gain a deeper understanding of the virus and its interactions with other compounds. Ultimately this adds to our library of knowledge that may bring us closer to improving future treatment outcomes.”

HCV invades cells in the body by binding to specific receptors on the cell, enabling the virus to enter it.2 Once inside, HCV hijacks functions of the cell known as transcription, translation and replication, which enables HCV to make copies of its viral genome and proteins, allowing the virus to spread to other sites of the body.2 When HCV enters the host cell, it releases viral (+)RNA that is transcribed by viral RNA replicase into viral (-)RNA, which can be used as a template for viral genome replication to produce more (+) RNA or for viral protein synthesis. Once the viral RNA is transcribed, HCV initiates a process known as IRES-mediated translation, which allows the viral RNA to be translated into proteins by bypassing certain protein translation checkpoints that would normally be required by the host cell to start protein translation.[ii],[iii] Viral RNA is the genetic material that gives HCV its particular characteristics. This process enables the virus to take advantage of the host cell’s protein translation machinery for its own purposes.

There are an estimated 150 million to 200 million people living with chronic HCV and more than 350,000 people die annually from HCV-related diseases.[iv] HCV is transmitted through blood contact between an infected individual and someone who is not infected. This can occur through needlestick injuries or sharing of equipment used to inject drugs.

Disclaimer: the data referenced in this release is based on the submitted abstract. More recent data may be presented at the International Liver Congress™ 2014.