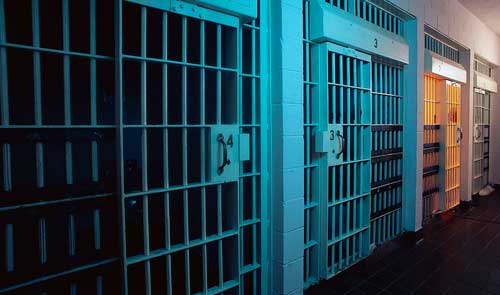 As the female prison population grows, a new study funded partly by the National Science Foundation says more should be done to help women probationers and parolees in poor urban areas remain crime-free.

A team of Michigan State University criminologists found black women on probation and parole feel they have little choice but to isolate themselves in their homes or risk getting caught up in the type of criminal activity that got them in trouble in the first place.

Probation and parole officers, case managers and others should help the women find housing in safer areas and provide access to resources to help them stay clean, sober and stable. That could be something as simple as transportation to a mental health or substance abuse treatment meeting, said Jennifer Cobbina, lead author on the study and assistant professor of criminal justice.

On a larger scale, it means reinvesting in low-income communities and confronting discriminatory housing policies and other barriers to living in positive environments faced by racial minorities, she said.

The female prison population in the United States spiked 646 percent from 1980 to 2010, driven largely by drug offenses. By 2010, there were 112,000 women in state and federal prison, which represented 7 percent of the prison population – up from 4 percent in 1980.

The researchers surveyed more than 400 women on probation and parole for felony convictions in Michigan. They found black women were more likely to live in crime-ridden urban areas and as a result isolate themselves to the point of avoiding relatives.

“They wanted to stay away from everyone because they felt like if they let their guard down and associated with others, it increased their likelihood of getting in trouble with the law,” Cobbina said.

But isolation limits the women’s ability to participate fully in public life and decreases the chances they can engage in positive relationships and networks, Cobbina said.

The study is also funded partly by the MSU Foundation.

4 thoughts on “More should be done for female parolees”