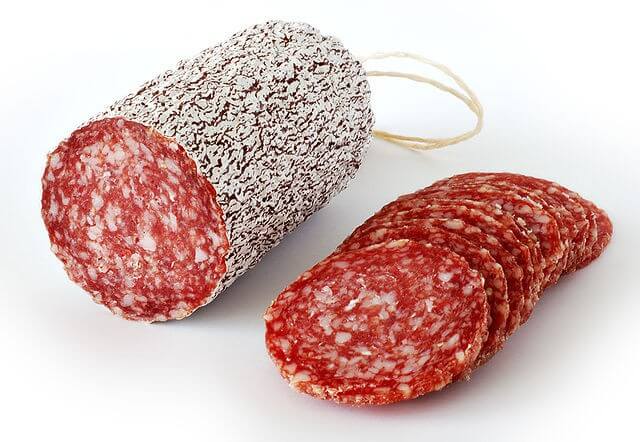 A common genetic variant that affects one in three people appears to significantly increase the risk of colorectal cancer from the consumption of processed meat, according to study published today in PLOS Genetics.

The study of over 18,000 people from the U.S., Canada, Australia and Europe represents the first large-scale genome-wide analysis of genetic variants and dietary patterns that may help explain more of the risk factors for colorectal cancer. Dr Jane Figueiredo at the Keck School of Medicine of the University of Southern California, explained that eating processed meat is associated with an increased risk of colorectal cancer and for about a third of the general population who carry this genetic variant, the risk of eating processed meat is even higher compared to those who do not.

“Our results, if replicated by other studies, may provide us with a greater understanding of the biology into colorectal carcinogenesis,” said Dr Ulrike Peters of the Fred Hutchinson Cancer Research Center’s Public Health Sciences Division.

The study population totaled 9,287 patients with colorectal cancer and a control group of 9,117 individuals without cancer, all participants in 10 observational studies that were pooled in the largest meta-analysis sponsored by the National Institutes of Health-funded Genetics and Epidemiology of Colorectal Cancer Consortium (GECCO) and Colorectal Cancer Family Registry.

Scientists systematically searched 2.7 million variants to identify those that are associated with the consumption of meat, fiber, fruits and vegetables. A significant interaction between the genetic variant rs4143094 and processed meat consumption was detected. This variant is located on the same chromosome 10 region that includes GATA3, a transcription factor gene previously linked to several forms of cancer. The transcription factor encoded by this gene plays a role in the immune system. Dr Figueiredo hypothesized that the genetic locus found to interact with processed meat may have interesting biological significance given its location in the genome, but further functional analyses are required.

Colorectal cancer is a multi-factorial disease attributed to both genetic causes and lifestyle factors; including diet. About 30 known genetic susceptibility alleles for colorectal cancer have been pinpointed throughout the genome. How specific foods affect the activities of genes has not been established but represents an important area of research for prevention. “The possibility that genetic variants may modify an individual’s risk for disease based on diet has not been thoroughly investigated but represents an important new insight into disease development,” said Dr Li Hsu, the lead statistician on the study.

“Diet is a modifiable risk factor for colorectal cancer. Our study is the first to understand whether some individuals are at higher or lower risk based on their genomic profile. This information can help us better understand the biology and maybe in the future lead to targeted prevention strategies,” said Dr Figueiredo.