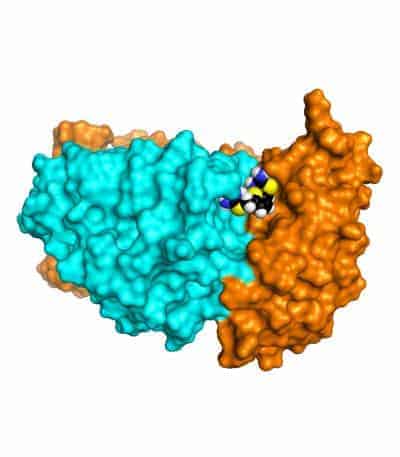 A team of researchers from Columbia University Medical Center (CUMC), Weill Cornell Medical College, and Brandeis University has devised a wholly new approach to the treatment of Alzheimer’s disease involving the so-called retromer protein complex. Retromer plays a vital role in neurons, steering amyloid precursor protein (APP) away from a region of the cell where APP is cleaved, creating the potentially toxic byproduct amyloid-beta, which is thought to contribute to the development of Alzheimer’s.

“Our findings identify a novel class of pharmacologic agents that are designed to treat neurologic disease by targeting a defect in cell biology, rather than a defect in molecular biology,” said Scott Small, MD, the Boris and Rose Katz Professor of Neurology, Director of the Alzheimer’s Disease Research Center in the Taub Institute for Research on Alzheimer’s Disease and the Aging Brain at CUMC, and a senior author of the paper. “This approach may prove to be safer and more effective than conventional treatments for neurologic disease, which typically target single proteins.”

In discussions at a scientific meeting, Dr. Small and co-senior authors Gregory A. Petsko, DPhil, Arthur J. Mahon Professor of Neurology and Neuroscience in the Feil Family Brain and Mind Research Institute and Director of the Helen and Robert Appel Alzheimer’s Disease Research Institute at Weill Cornell Medical College, and Dagmar Ringe, PhD, Harold and Bernice Davis Professor in the Departments of Biochemistry and Chemistry and in the Rosenstiel Basic Medical Sciences Research Center at Brandeis University, began wondering if there was a way to stabilize retromer (that is, prevent it from degrading) and bolster its function. “The idea that it would be beneficial to protect a protein’s structure is one that nature figured out a long time ago,” said Dr. Petsko. “We’re just learning how to do that pharmacologically.”

This was accomplished through computerized virtual, or in silico, screening of known chemical compounds, simulating how the compounds might dock with the retromer protein complex. (In conventional screening, compounds are physically tested to see whether they interact with the intended target, a costlier and lengthier process.) The screening identified 100 potential retromer-stabilizing candidates, 24 of which showed particular promise. Of those, one compound, called R55, was found to significantly increase the stability of retromer when the complex was subjected to heat stress.

The researchers then looked at how R55 affected neurons of the hippocampus, a key brain structure involved in learning and memory. “One concern was that this compound would be toxic,” said Dr. Diego Berman, assistant professor of clinical pathology and cell biology at CUMC and a lead author. “But R55 was found to be relatively non-toxic in mouse neurons in cell culture.”

More important, a subsequent experiment showed that the compound significantly increased retromer levels and decreased amyloid-beta levels in cultured neurons taken from healthy mice and from a mouse model of Alzheimer’s. The researchers are currently testing the clinical effects of R55 in the actual mouse model .

“The odds that this particular compound will pan out are low, but the paper provides a proof of principle for the efficacy of retromer pharmacologic chaperones,” said Dr. Petsko. “While we’re testing R55, we will be developing chemical analogs in the hope of finding compounds that are more effective.”