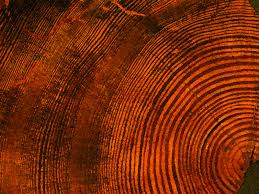 If you think the 1930s drought that caused The Dust Bowl was rough, new research looking at tree rings in the Rocky Mountains has news for you: Things can get much worse in the West.

In fact the worst drought of this century barely makes the top 10 of a study that extended Utah’s climate record back to the year 1429.

With sandpaper and microscopes, Brigham Young University professor Matthew Bekker analyzed rings from drought-sensitive tree species. He found several types of scenarios that could make life uncomfortable in what is now the nation’s third-fastest-growing state:

“We’re conservatively estimating the severity of these droughts that hit before the modern record, and we still see some that are kind of scary if they were to happen again,” said Bekker, a geography professor at BYU. “We would really have to change the way we do things here.”

Modern climate and stream flow records only go back about 100 years in this part of the country, so scientists like Bekker turn to Mother Nature’s own record-keeping to see the bigger picture. For this study, the BYU geographer took sample cores from Douglas fir and pinyon pine trees. The thickness of annual growth rings for these species is especially sensitive to water supply.

Using samples from both living and dead trees in the Weber River basin, the researchers built a tree-ring chronology that extends back 585 years into Utah’s natural history. Modern stream flow measurements helped them calibrate the correlation between ring thickness and drought severity.

As Bekker and his co-authors report in the Journal of the American Water Resources Association, the west’s climate usually fluctuates far more than it did in the 1900s. The five previous centuries each saw more years of extremely dry and extremely wet climate conditions.

“We’re trying to work with water managers to show the different flavors of droughts this region has had,” said Bekker. “These are scenarios you need to build into your models to know how to plan for the future.”

Bekker collaborated with researchers from the U.S. Forest Service, Columbia University and Utah State University. The team is currently working on a climate reconstruction based on tree rings that date back more than 1,000 years.

20 thoughts on “Drought in West? Tree rings reveal nightmares from past”