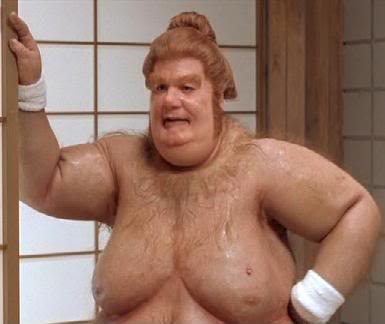 Rates of obesity and overweight in both male and females are projected to increase in almost all countries of Europe by 2030, according to a statistical modelling study. However, the forecast rates vary throughout the 53 Euro-region countries, with projected male obesity levels ranging from 15% in the Netherlands and Belgium, to 47% in Ireland. The highest obesity prevalence in females was projected in Ireland (47%), and the lowest in Romania (10%).

The study, from investigators which included the WHO Regional Office for Europe, was presented at the EuroPRevent congress in Amsterdam by Dr Laura Webber from the UK Health Forum in London.(1,2)

In reviewing the results, she said: “Our study presents a worrying picture of rising obesity across Europe. Policies to reverse this trend are urgently needed.”

Behind her concerns lies a statistical modelling study which incorporated all available data on body mass index (BMI) and obesity/overweight trends in all 53 of the WHO’s Euro-region countries. Such modelling, said the authors, “enables obesity trends to be forecast forward providing estimates of the dynamic epidemiology of the disease”. Definitions were based on the WHO’s standard cut=offs – healthy weight (BMI ≤24.99 kg/m²), overweight and obesity combined (BMI ≥25 kg/m²) and obesity (≥30 kg/m²).

Similarly, the projected proportions of male obesity were found high in Ireland (58%), Greece (40%), Czech Republic (38%) and UK (35%). The lowest male obesity prevalence was projected in Romania (10%).

The study also highlighted several other trends, notably that the projections “show little evidence” of any plateau in adult obesity rates throughout Europe. In England, for example, although the increase in obesity prevalence trend is less steep with recent data than with historical data, levels are still set to rise and rates in 2030 and will be much higher then than in 1993.

In explaining the variations in projected obesity levels between countries the investigators note the possible effect of “economic positioning” and “type of market”. ” The UK and Ireland, where obesity prevalence is among the highest, possess unregulated liberal market economies similar to the US, where the collective actions of big multinational food companies to maximise profit encourages over-consumption,” they write. “The Netherlands, Germany, Belgium, Sweden, Denmark, Finland and Austria possess more regulated market economies.” Obesity is, however, a multi-factorial disease.

Commenting on the public health implications of the study, Dr Webber said: “Given the complexity of obesity, the United Nations has called for a whole-of-society approach to preventing obesity and related diseases. Policies that reduce obesity are necessary to avoid premature mortality and prevent economic strain on already overburdened health systems. The WHO has put in place strategies that aim to guide countries towards reducing obesity through the promotion of physical activity and healthy diets.”

She added that the results of the present study may be underestimates “given what we know about increasing prevalence of overweight and obesity in childhood across Europe”, as well as the poor data availability in many countries with which to make more certain estimates of the future.