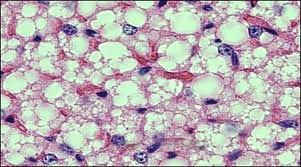 Long-term mild cold exposure can stimulate brown fat growth and activity in humans and may benefit glucose and energy metabolism, a new study finds. The results were presented in a poster Sunday, June 22 at ICE/ENDO 2014, the joint meeting of the International Society of Endocrinology and the Endocrine Society in Chicago.

Brown fat, also known as brown adipose tissue (BAT), is a special kind of fat that burns energy and glucose to generate heat. It keeps small animals and babies warm, and animals with abundant brown fat are protected from diabetes and obesity. How brown fat is regulated in humans and how it relates to metabolism, though, remain unclear.

“Our research points to a simple and practical brown fat activating and growing strategy in humans through temperature exposure modulation. We show that long-term minimal manipulation of overnight ambient temperature — well within the range found in climate-controlled buildings — was able to modulate brown fat activity in humans. Mild cold exposure stimulated brown fat activity while mild warm exposure suppressed it. Brown fat increase was accompanied by improvement in insulin sensitivity and energy burning rate after food,” said Paul Lee, MD, PhD, former research fellow at the National Institute of Diabetes and Digestive and Kidney Diseases (NIDDK) of the National Institutes of Health (NIH).

In their Impact of Chronic Cold Exposure in Humans (ICEMAN) study, Dr. Lee and his colleagues explored the impact of controlled temperature acclimatization on BAT and energy balance by following 5 men between 19 and 23 years of age over a 4-month period. The volunteers engaged in their usual daytime activities but slept in a private room in which the air temperature varied monthly between 66°F (19°C) and 81°F (27°C). Personal temperature detectors monitored each volunteer’s exposed temperature continuously over the entire 4 months.

At the end of each month, the researchers measured the men’s BAT and energy metabolism and found that mild cold (19 C) increased the men’s brown fat amount and activity while mild warmth (27 C) suppressed it.

“The improvement in insulin sensitivity accompanying brown fat gain may open new avenues in the treatment of impaired glucose metabolism in the future. On the other hand, the reduction in mild cold exposure from widespread central heating in contemporary society may impair brown fat function and may be a hidden contributor to obesity and metabolic disorders,” Lee said.

The authors suggest that recruiting and activating BAT by manipulating temperature may be a promising therapeutic strategy in obesity and diabetes treatment.