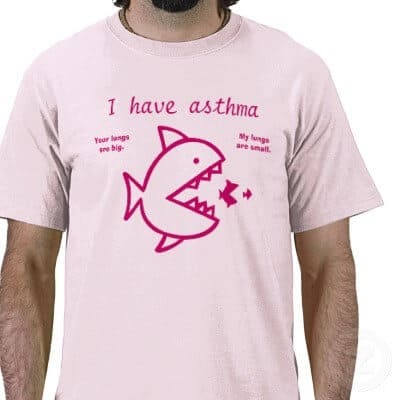 Asthmatic patients may soon have a more effective way to control the condition, thanks to a new pharmacological discovery by researchers from the National University of Singapore (NUS).

The team, led by Associate Professor Fred Wong from the Department of Pharmacology at the NUS Yong Loo Lin School of Medicine, together with Dr Eugene Ho Wanxing, a recent PhD graduate from the Saw Swee Hock School of Public Health at NUS, discovered that artesunate, a common herbal-based anti-malarial drug, can be used to control asthma, with better treatment outcomes than other drugs currently available.

In their latest work, the team revealed for the first time that artesunate is able to suppress airway inflammation and produce an array of anti-inflammatory effects similar to those by dexamethasone, the most potent steroid currently available, and with less side effects. This breakthrough discovery was first published in the journal Metabolomics on 16 July 2014.

Earlier this year, the NUS team was invited by renowned journal Pharmacology and Therapeutics to pen a comprehensive review of the pharmacological effects of artesunate, and the review article was published in the journal in April 2014.

The quest for better asthma therapeutics

Asthma is an incurable lung disease that inflames and narrows the airways, causing recurring periods of wheezing, chest tightness, coughing and shortness of breath. It is a chronic condition that affects people of all ages, but it most often starts during childhood.

To address the global unmet demand for better therapeutics to control allergic asthma, Dr Ho explored the therapeutic values of artesunate, which is herbal-based, as an alternative drug candidate. This study was part of Dr Ho’s final-year project when he was pursuing a Bachelor of Science in Life Sciences at NUS. His initial findings demonstrated that artesunate possessed promising anti-inflammatory potential.

Dr Ho was recognised by the Singapore-MIT Alliance (SMA) in 2010 for his novel discovery, and he was awarded the SMA Graduate Fellowship for his PhD studies at NUS.

For his postgraduate studies, Dr Ho built upon his findings to better understand the therapeutic properties and molecular mechanisms of artesunate under the supervision of Assoc Prof Fred Wong.

Their collective results revealed that artesunate can be used to better control asthma, with improved outcomes and lesser adverse effects than currently available drugs. As long term usage of steroids may induce many potential side effects in asthmatic patients, the significance of this study suggests that the patients may eventually be able to adopt artesunate as a safer and more effective alternative to control their asthma.

Dr Ho is also furthering his research as a Research Fellow at the Saw Swee Hock School of Public Health at NUS, where he is investigating the molecular mechanisms of artesunate, and hopes to discover more beneficial effects of artesunate and accelerate the adoption of this drug for clinical tests.