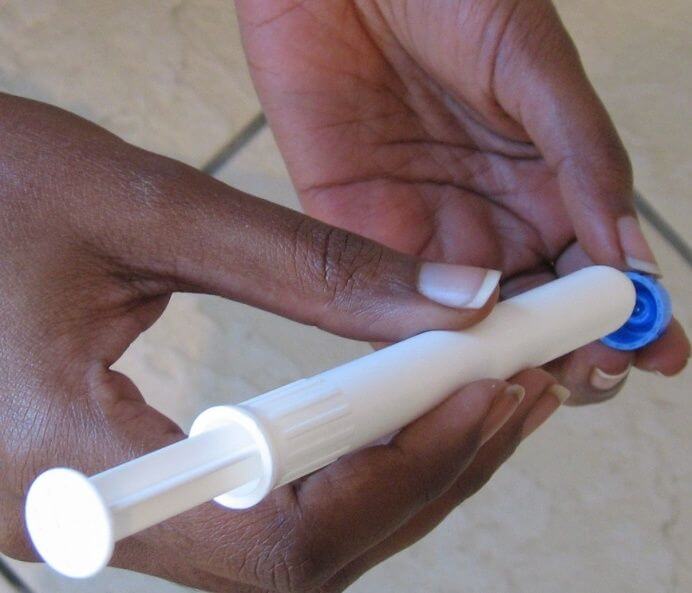 The risk of acquiring herpes simplex virus type 2 (HSV-2) was reduced by half among women in the VOICE trial who used a vaginal gel containing the antiretroviral (ARV) drug tenofovir regularly, according to researchers from the U.S. National Institutes of Health-funded Microbicide Trials Network (MTN) who conducted the study. The findings provide additional evidence that tenofovir gel, a product developed to protect against HIV, could potentially help in preventing one of the most prevalent sexually transmitted infections affecting sexually active women in sub-Saharan Africa.

No biomedical prevention method currently exists for HSV-2, the most common cause of genital herpes. Women are especially susceptible to infection because it is more easily transmitted from an infected man to his female sex partner than from a woman to a man. Because HSV-2 infection also greatly enhances the risk of acquiring and transmitting HIV, a product that protects against HSV-2 could have an important public health impact.

The results, which were based on an analysis of data involving more than 500 women in VOICE, were reported at the HIV Research for Prevention (HIV R4P) meeting in Cape Town today. Jeanne Marrazzo, M.D., M.P.H., from the University of Washington, presented the results on behalf of the VOICE study team.

VOICE – Vaginal and Oral Interventions to Control the Epidemic – was designed to test the safety and effectiveness of different ARV approaches used daily for preventing HIV among 5,029 women from 15 sites in South Africa, Uganda and Zimbabwe. The study’s primary results, which were reported in March 2013, found none of the products tested (tenofovir tablets, tenofovir/emtricitabine tablets – also known as Truvada®, and tenofovir gel) was effective in preventing HIV and that most participants had not used their assigned product daily as recommended. Drug was detected in less than a third of blood samples from women who were assigned to use either of the ARV tablets and in less than a quarter of samples from women asked to use tenofovir gel.

While the main questions VOICE was designed to ask concerned prevention of HIV, the team amended the protocol to explore whether any of these products also helped to protect women from acquiring HSV in response to results from another study called CAPRISA 004. CAPRISA 004 found tenofovir gel used before and after sex reduced the risk of HIV by 39 percent, a finding that was considered a major milestone for the field. But the study of 889 women in South Africa unexpectedly found that tenofovir gel also reduced the risk of HSV-2 by 51 percent compared to placebo, the first time that any kind of biomedical prevention method was shown to be effective against HSV-2.

There was very little difference in rates of HSV-2 acquisition between the tenofovir gel and placebo gel groups in VOICE, most likely because adherence to product use in the trial was low overall, Dr. Marrazzo believes. So, she and colleagues decided to focus their investigation on the women who they knew had used their product according to tests that detect the presence of drug in stored blood samples.

“In this closer examination, we saw tenofovir gel was associated with a significant reduction in HSV-2 risk. The difference was actually quite profound between the two groups of women – those who used the gel and those who hadn’t,” commented Dr. Marrazzo, who led the VOICE study with Zvavahera Mike Chirenje, University of Zimbabwe-University of San Francisco (UZ-UCSF).

Women who used the gel regularly were 46 percent less likely to acquire HSV-2 compared to women who seldom or never used the gel (who had no detectable drug in their blood samples), a finding that was statistically significant and was adjusted to account for other potential risk factors, including age, marital status and number of sex partners.

There were 1,004 women in VOICE who had been assigned to use tenofovir gel, 566 of whom were HSV-2 negative at the time they enrolled. The analysis involved 527 of these women for whom blood samples from both their first quarterly visit and when the exited the study could be compared, which on average represented about one year on product. Of this cohort, 92 women acquired HSV-2, 77 of whom had no detectable drug in their blood samples versus 15 among women whose blood levels indicated regular use of tenofovir gel. Accordingly, HSV-2 incidence was 20.2 percent in women who didn’t use the gel compared to 11.6 percent in women who did.

Dr. Marrazzo cautioned that while the results are very encouraging, additional data is still needed. FACTS 001, a Phase III trial that tested tenofovir gel used before and after sex (the same regimen as in CAPRISA 004), was designed specifically to determine whether the gel was safe and effective in reducing the risk of HSV-2 as well as HIV among 2,059 women in South Africa. Those results are anticipated to be available early 2015.