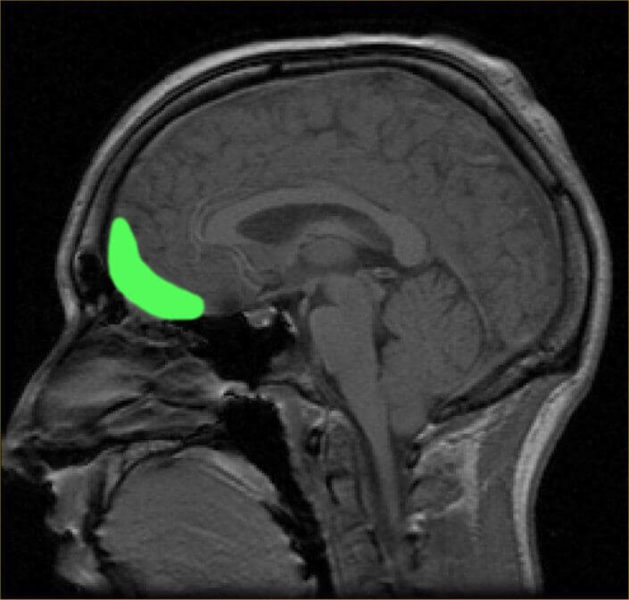 When we think of dementia, we normally jump straight to Alzheimer’s disease; the constant forgetting, the failure to recognize loved ones, changes in mood, etc. Alzheimer’s disease (AD) is a large health concern and was even featured in this year’s Google Zeitgeist. AD does not stand alone, however. The second largest cause of dementia, frontotemporal dementia (FTD), especially a specific form of FTD, the behavioral variant, is more specifically characterized by deficits in social abilities and personality, including social withdrawal and inappropriate behavior, amongst a handful of other specific impairments. In a recent study published in Nature Medicineby Gascon et al., researchers identified a specific modulator of social behaviors associated with FTD, microRNA-124, which is greatly reduced in brains of mice with an FTD-associated mutation.

In this study, the researchers used a specific mouse model to investigate FTD pathophysiology. These mice have mutations in the gene CHMP2B, a gene whose product is involved in the packaging system within cells. Interestingly, mutations in this gene are also associated with early-onset Alzheimer’s disease and amyotrophic lateral sclerosis (ALS), a second hot topic of 2014 that gained huge awareness with the ALS Ice Bucket Challenge. The researchers used a manipulation that allowed them to only affect CHMP2B in the major brain division associated with FTD. To make sure that mice with the CHMP2B mutation showed impairments consistent with human FTD, they ran a series of behavioral tests. These tests showed that mice with CHMP2B mutation actually showed decreases in sociability as measured by the interactions of these mice with “stranger” mice.

Following the behavioral tests, the investigators next focused on comparing forebrain structures between wild type and the FTD mutants, where no differences were seen, suggesting that the mutation in CHMP2B did not cause any significant morphological changes to forebrain structures. However, on a much smaller scale, pyramidal neurons (neurons with a pyramidal morphology), showed a increase in number and density of dendritic spines, the small protrusions where excitatory neurons make synaptic contacts. Additionally, the  authors quantified other synaptic features including the mRNA levels of various receptors. Increases in Gria2, Gria3, and Gria 4, subunits of the AMPA receptor, were observed at 4 and 8 months of age in the FTD mutants. Interestingly, these ages are the time points associated with the defects in sociability associated with these FTD mice. This data suggests that AMPA receptor and synaptic deficits are present in pyramidal neurons of mice with mutant CHMP2B and these deficits may be associated with the sociability impairments observed in these animals.

The final goal of the study was to investigate the reasons as to why AMPA expression was changing in the mutant mice. The authors decided to look into microRNA molecules as they are important for regulating the expression of many RNAs in cells and are intimately linked to proper synaptic function. After measuring the levels of a larger group of microRNAs, microRNA-124 was shown to be downregulated in the FTD mutant mice. This difference was specific to the affected tissue only (forebrain), as the levels of microRNA-124 were not different in the cerebellum. Even more interestingly,  the authors looked at samples of brain tissue from a brain bank, tissue from 2 patients with FTD and sociability deficits similar to those seen in the FTD animals. In these samples, microRNA-124 was also downregulated. Additionally, a similar decrease in microRNA-124 was observed in stem cell-derived neurons from different patients with FTD, suggesting that dysregulation of microRNA-124 in FTD is not specific to the mouse model used in this study, but might actually play an important role in the sociability deficits observed in dementia.

The study by Gascon et al. provides good evidence of microRNA involvement in frontotemporal dementia. Specifically, the authors show that the down regulation of microRNA-124 is linked to the upregulation of certain AMPA receptor subunits, a change that the authors link to the sociability deficits observed in the FTD mouse model. In studying a complex human disease such as FTD, it is often difficult to link findings in a mouse model to the disease as it relates to human subjects, however the study of brain bank tissue and stem cell-derived neurons in this study certainly provides a springboard for future in-depth studies involving human tissue. Though microRNAs target many mRNA molecules in cells, especially neurons, they could still act as a potential therapeutic target, or could be used to identify specific downstream molecules that may be targeted for therapy. Either way, further investigation into the role of microRNA-124 in human FTD will provide invaluable insight into the pathophysiology of dementia.